Pfizer vaccine authorised by US FDA for adolescents 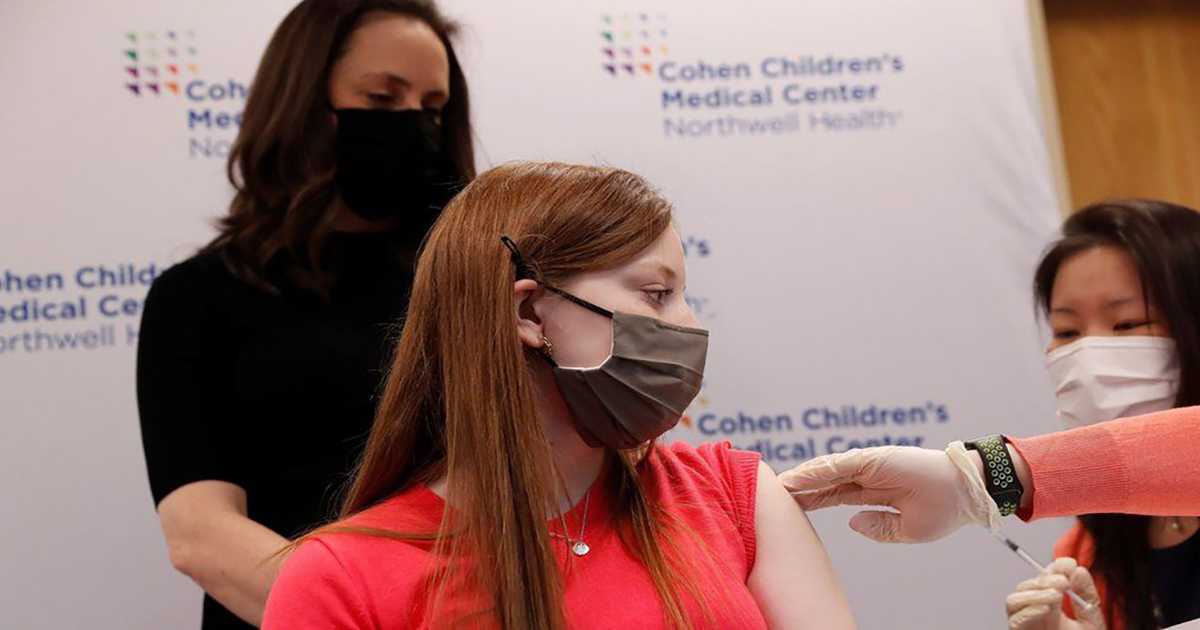 BBC World News – The US has authorised the Pfizer vaccine for 12- to 15-year-olds amid a push to get the shot into more Americans’ arms.

The Food and Drug Administration (FDA) said it was “a significant step in the fight against the Covid-19 pandemic”.

FDA Commissioner Dr. Janet Woodcock said the move was aimed at “bringing us close to returning to a sense of normalcy and to ending the pandemic”.

Some 260 million doses have been given in the US, but demand has been falling.

Dr. Woodcock added in her statement: “Parents and guardians can rest assured that the agency undertook a rigorous and thorough review of all available data, as we have with all of our Covid-19 vaccine emergency use authorisations.”

Monday’s announcement expands an emergency use authorisation that already allowed the Pfizer jab to be administered to people as young as 16 in the US.

The decision follows a clinical trial by Pfizer and BioNTech involving 2,260 children aged 12-15. The participants received either two doses of the vaccine, or a placebo.

There were 18 cases of symptomatic coronavirus infection in the placebo group and none among the children who received the vaccine, the trial found.

The FDA’s seal of approval is not the final regulatory hurdle. An advisory panel of the Centers for Disease Control and Prevention (CDC) will review the data soon.

Immunisations could begin straight away if, as expected, the CDC committee approves the vaccine’s use in adolescents.

Some of New York and Oregon’s biggest universities have meanwhile joined a growing number of higher education institutions requiring students and staff to have Covid-19 vaccinations before they can return to classes this autumn.

Last week, US President Joe Biden announced a plan to get at least one dose of vaccine administered to 70% of the nation’s population by 4 July.

Mask mandates are being loosened across the country, and most states have reopened their economies, or are doing so within the next month.

But dwindling demand for the shot has been prompting states across the country to refuse their full allocation of doses from the federal government.

Wisconsin, Iowa, Connecticut, South Carolina, North Carolina and Washington are all among states that reduced their requests.