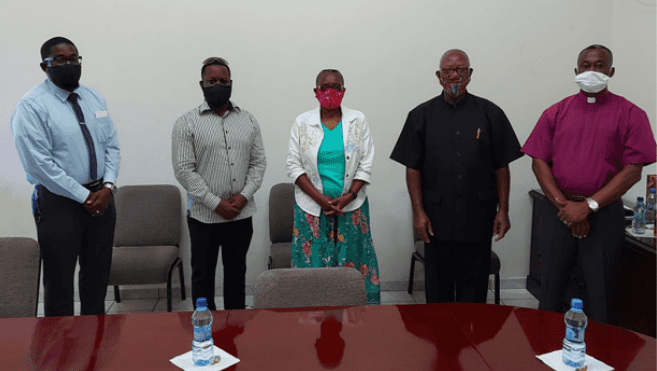 Pastor Mildred Philip was appointed as the District Missions Director. These leadership appointments took immediate effect following the 44th Annual District Conference held on
Friday August 21st, 2020. The elections are held biennially. “Our current times are challenging politically, socially, financially and spiritually. PAWI has a role to play and will continue to rise in performing that role so as to mitigating the socio-spiritual fallouts and PAWI will perform its function with integrity, fairness and fear only to The Lord Jesus Christ,.” Bishop Mottley said in recognition of his appointment and responsibilities of PAWI.
PAWI Antigua and Barbuda, a full gospel organization, has been serving the physical, emotional and spiritual needs of the twin island state since the 1940s. It became incorporated in 1972. At present there are thirteen churches, including on Spanish speaking congregation, throughout Antigua and Barbuda.