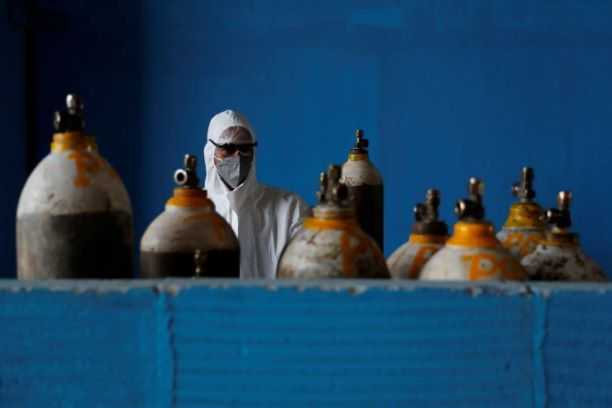 (AP) – Seven patients being treated for the coronavirus have died after one of the largest hospitals in the northwestern Pakistani city of Peshawar ran out of oxygen supplies.

Farhad Khan, spokesman at Khyber Teaching Hospital, said on Sunday that the patients died on Saturday night when the vendor who supplies the hospital with medical oxygen failed to arrive in time.

The hospital, the second-largest in the northwestern city of Peshawar, receives its oxygen cylinders from a vendor in Rawalpindi, a city about 190km (118 miles) away, Khan said.

Provincial Health Minister Taimur Jhagra tweeted about the incident, saying the hospital’s board of governors had been ordered to complete an investigation into the incident and take action “within 48 hours” against those responsible.

He promised that “all facts of the case will be made public”.

Pakistan, a country of approximately 220 million people, has recorded 58 COVID-19 deaths over the past 24 hours, bringing the total number of confirmed deaths from the virus to 8,361.

The total tally confirmed cases in Pakistan stands at nearly 416,500 to date. That official number, like other places around the world, is likely somewhat higher in reality due to limited testing.

Pakistan has tested about 5.8 million people for the virus, or some 2.6 percent of the population.

Brexit: ‘Deal to be done’ as UK-EU trade talks resume