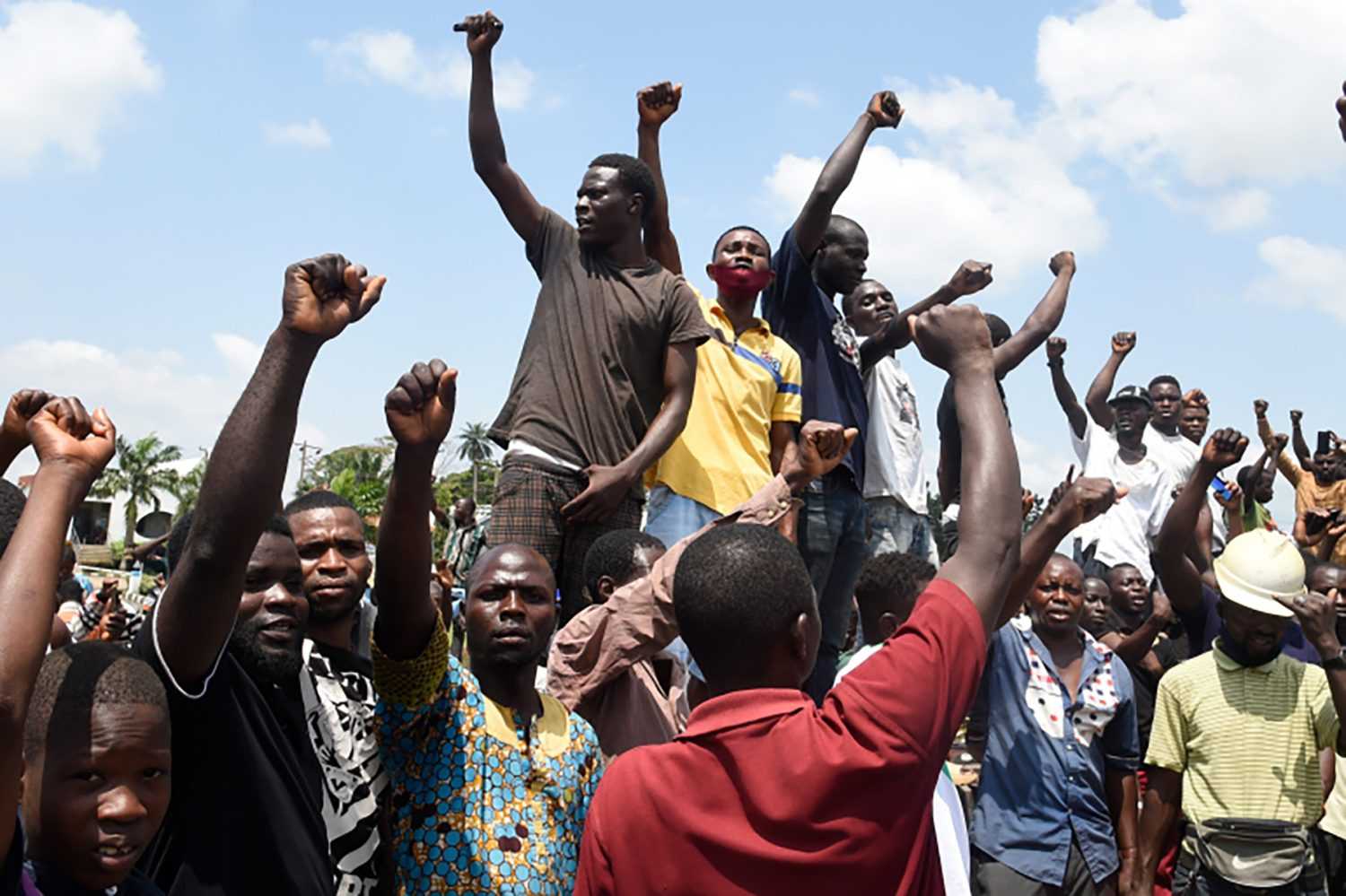 Nigeria’s President Muhammadu Buhari spoke to the nation about the unrest that has gripped the country in recent days without making any mention of the deadly shooting of peaceful protesters that prompted international outrage.

Buhari called on Nigerians to stop demonstrating and engage with the government in a short televised speech on Thursday. The shootings have been widely condemned, but he did not speak of them at all during his address.

“I would like to appeal to protesters to note and take advantage of the various well thought-out initiatives of this administration designed to make their lives better and more meaningful and resist the temptation of being used by some subversive elements to cause chaos with the aim of truncating our nascent democracy,” said Buhari.

“For you to do otherwise will amount to undermining national security and law and order… Under no circumstances would this be tolerated.”

He called on Nigeria youths “to discontinue the street protests and constructively engage the government in finding solutions. Your voice has been heard loud and clear and we are responding”.

Gunfire rang out in the affluent Ikoyi neighbourhood of Nigeria’s commercial capital Lagos on Thursday with witnesses saying assailants attacked a detention facility in the area that is home to government offices.

Smoke was also seen rising from the direction of Ikoyi correctional facility, and trucks carrying police were seen heading towards the prison. The wreckage of a dozen cars smouldered in the upscale Ikoyi neighbourhood and two official buildings were ablaze.

“The Ikoyi prison is mainly surrounded by government buildings and security establishments. Residents said they saw hoodlums armed with clubs and then gunfire was heard and the fires and smoke were later seen,” said Al Jazeera’s Ahmed Idris, reporting from the capital Abuja.

Other accounts suggested the gunfire resulted from an attempted jailbreak by prisoners. It was unclear if any inmates escaped.

Soldiers patrolled the streets of the city on Thursday a day after several buildings – including police stations, a TV channel and the port – were torched.

The city of 20 million is under a round-the-clock curfew imposed after nearly two weeks of protests against police brutality – the West African nation’s biggest wave of unrest since the end of military rule in 1999.

Amnesty International said at least 12 people were killed by the Nigerian army and police in a crackdown on protesters on Tuesday that drew international condemnation. Overall, 56 people have died across the country since demonstrations against police abuse and bad governance began on October 8.

Several states are also under curfew and the oil-producing Delta state said it would enter a 48-hour curfew from 6pm (17:00 GMT) on Thursday.

A Lagos state spokesman later said the fire at Ikoyi prison was under control and officers were at the scene. He did not say how it started or comment on the reports of gunfire.

“It’s time for everybody to … calm the nerves so we can get the youth and the protesters off the streets,” state Governor Sanwo-Olu told Arise TV.

He said the army had offered on Wednesday to send in soldiers to keep the peace, but did not go into further details or say whether he would take up the offer.