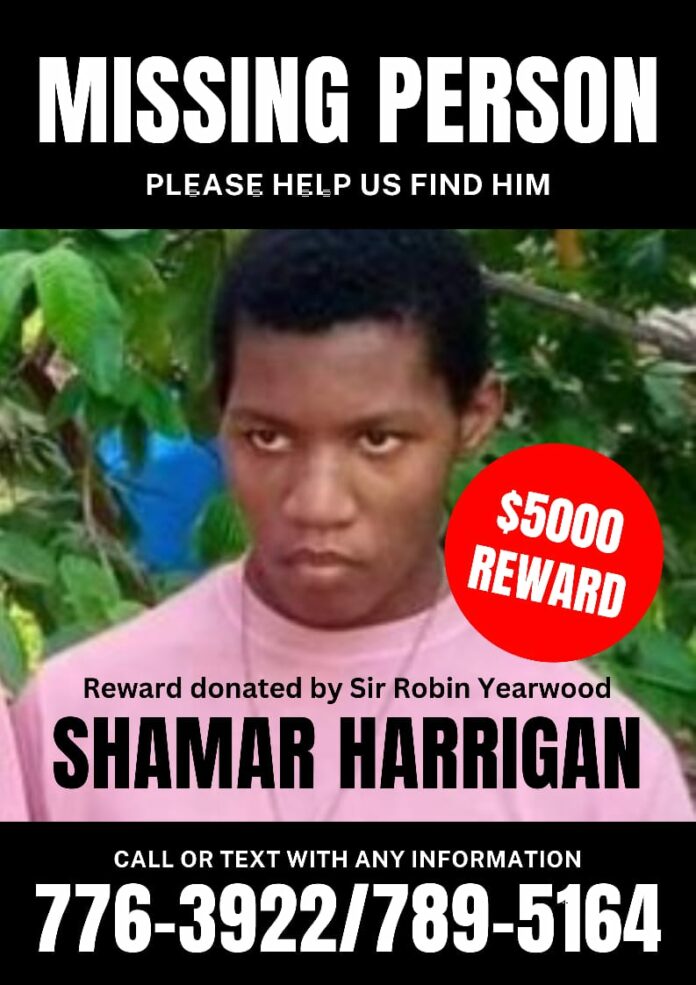 Almost three weeks after autistic teen, Shamar Harrigan, went missing from his home in Willikies there has been a tragic turn of events.

This morning a search party led by the Royal Police Force of Antigua and Barbuda with cooperation from the Antigua Barbuda Search and Rescue and Blue Dragonfly Foundation Incorporated launched a massive search in Willikies for the 19 year old who was last seen on 14th November.

Ahead of the search through the community’s bushland areas, Founder and Chief Executive of the Blue Dragonfly Foundation, Carol Hopton, said focus was being returned to Shamar’s home village as there are vast expanses he could have wandered off into.

This proved a wise decision but with a less than desired outcome.

Not long into the search which began at 9am, items identified as belonging to Shamar were found near a pond.

Among the items that were positively identified in an area of overgrowth were a pair of slippers and his favourite backpack.

Tragically, human remains, including a decomposed skull, were found.

Police have said it is too early to speculate whether the remains found belong to the missing young man and the state of decomposition was too far progressed to make a visual identification of the remains.

While there were reports of sightings of Shamar in the weeks since he wandered away from home, none of them yielded success in the search for the youngster who is described as shy and childlike.

Parliamentary representative for the St. Philip’s North, Sir Robin Yearwood, posted a $5000.00 reward for information leading to the location of Shamar, but the financial incentive failed to bring an end to his family’s nightmare

Over the weekend, Blue Dragonfly’s Hopton said her organisation became involved as it intends to provide support to autistic young adults in Antigua and Barbuda.

“We’re looking to start services for young adults with autism and these services are desperately needed for young people like Shamar, in fact, to give them the support they need to thrive in the community and to live a fulfilled life within the community.”

Police have now launched an investigation into determining the identity of the body that was found following this morning’s search.