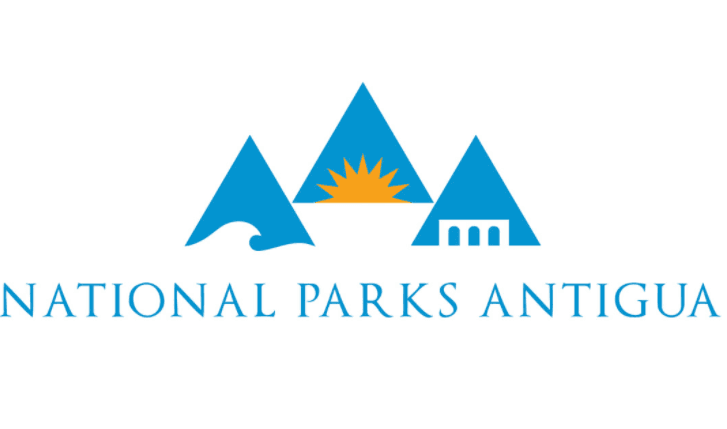 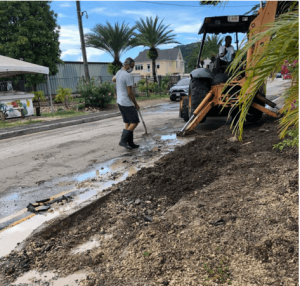 The National Park Authority (NPA), which has oversight of all commercial and  Developmental activities in the Nelson’s Dockyard National Park, has strongly rebuked a business owner who has repeatedly flouted its regulations. NPA Commissioner, Ann-Marie Martin, says too often the authority has to remind business owners that they are obliged to operate within the framework of the laws that govern the National Park. Reports are that the NPA received a call late Friday afternoon bringing its attention to the violation of park regulations.

The NPA Commissioner, and members of her management team, visited the Colibri property on Dockyard Drive where the business operator was observed directing backhoe operations in excavating a sidewalk from which between four to six inches of material had been removed. In the past, the same business owner has violated the NPA’s building
regulations. The NPA is also investigating whether the property owner has expanded his restaurant business onto Crown land. Section 5 (2) a of the Park regulations of 2012 is clear and unambiguous in outlining the list of activities which require the written permission of the National Parks Authority. 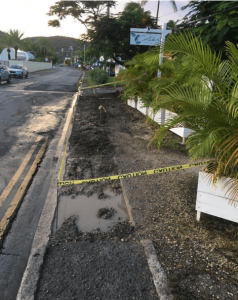 Martin pointed out the said gentleman however went that the businessman has at all turns disregarded these legal requirements and gone ahead with undertaking work without making any effort to consult with, or seek the permission of, the NPA. “When you do things
without consulting, you run the very real risk of doing more harm than good,” Martin declared. These actions, she added, are occurring too often which indicates that there is blatant disregard for the law and disrespect for the process by some business owners.

“Of course we welcome businesses and visitors to the area, but the regulations of the park are clear. I am quite certain this is not the way they would operate in the countries from where they come. We certainly will not tolerate it here. They are not above the law,” Martin said firmly. In August, the NPA cooperated with the Development Control Authority to halt the unauthorised construction of a plunge pool at a home located within the park because of the potential threat it may have caused to the health of the coastline.