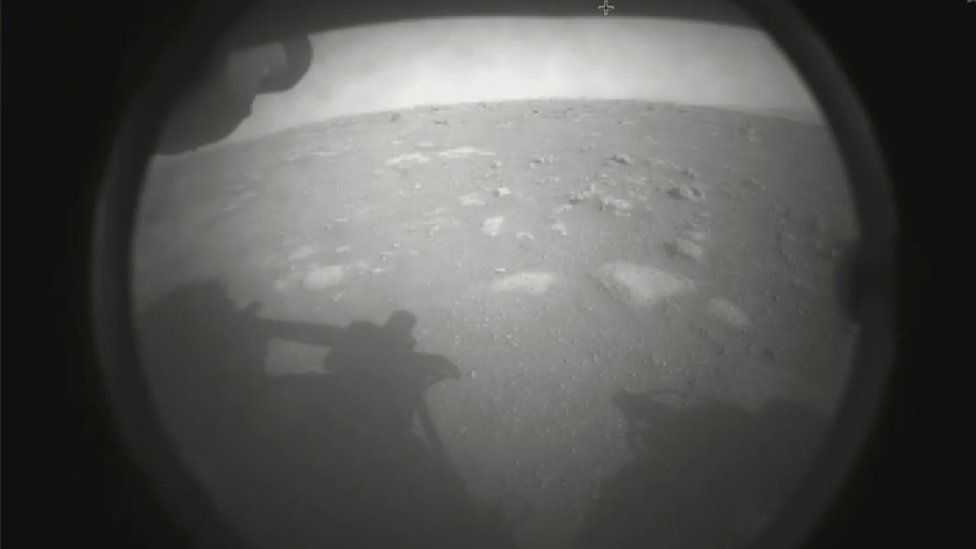 The American space agency has successfully landed its Perseverance rover in a deep crater near the planet’s equator called Jezero.

Engineers at Nasa’s mission control in California erupted with joy when confirmation of touchdown came through.

The six-wheeled vehicle will now spend at least the next two years drilling into the local rocks, looking for evidence of past life. Jezero is thought to have held a giant lake billions of years ago. And where there’s been water, there’s the possibility there might also have been life.

The signal alerting controllers that Perseverance was down and safe arrived at 20:55 GMT. In the past they might have hugged and high-fived but strict coronavirus protocols meant they had all been separated by Perspex screens. A respectful fist bump was about all they could manage.

Nonetheless, the excitement was evident. And the applause continued when the first two images came in. They were taken by low-resolution engineering cameras with dust covering still-attached translucent lens covers, but it was possible to see a flat surface both in front and behind the rover. 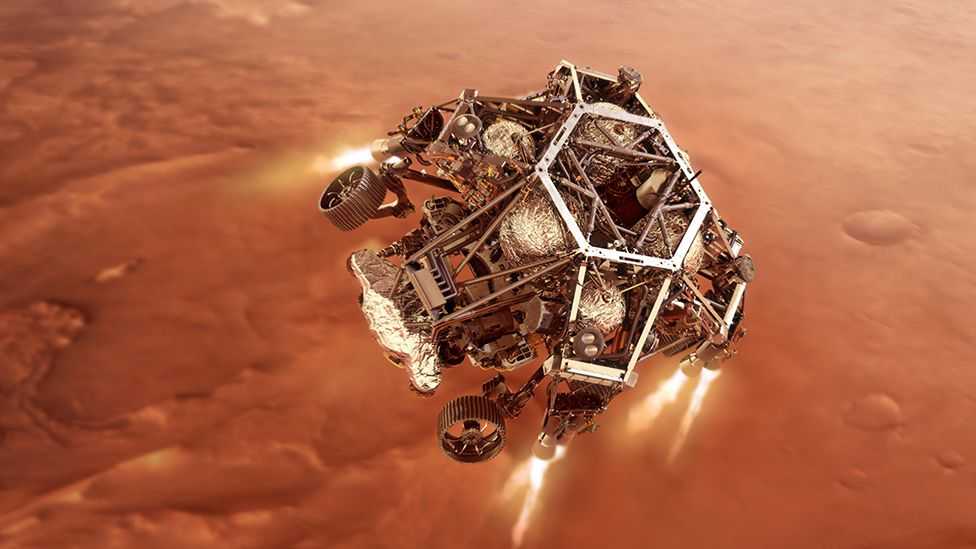 Mike Watkins, the director of Nasa’s Jet Propulsion Laboratory, the home of the agency’s Mars missions, saluted the achievement of the Perseverance team. He said such successes would pave the way for eventual human missions to the Red Planet.

“We’re not ready to go there with astronauts yet, but the robots are ready,” he stated.

“It is just fantastic to be able to do that and to learn from each rover, learn from the science and the engineering and to make the next one better. Every time we do one of these missions, we make fabulous discoveries and each one is more exciting than the last.”

Landing on Mars is never easy, and even though Nasa has become expert at it, everyone on the Perseverance team had spoken with great caution going into Thursday.

This is the second one-tonne rover put on Mars by the US space agency. The first, Curiosity, was landed in a different crater in 2012. It trialled innovative descent technologies, including a rocket-powered cradle, that Perseverance has also now put to good effect.

Controllers will spend the coming weeks commissioning the new rover, checking that none of its systems were damaged in what would have been a rough ride to the ground.