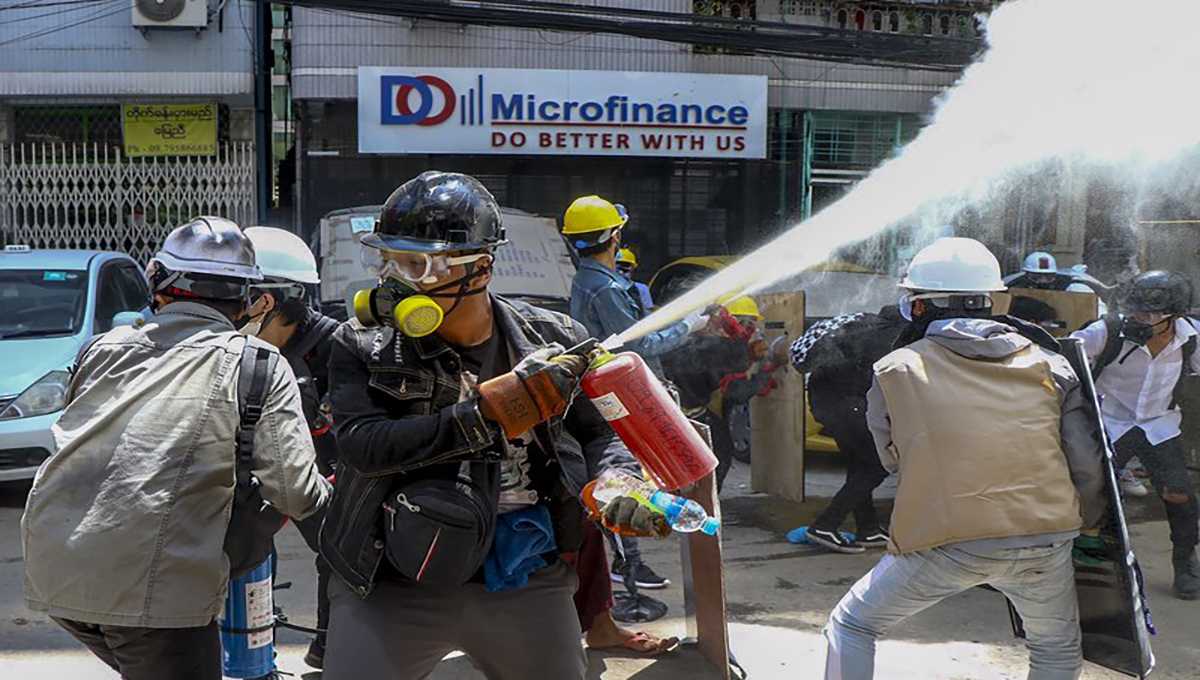 YANGON, Myanmar (AP) — Footage of a brutal crackdown on protests against a coup in Myanmar unleashed outrage and calls for a stronger international response Thursday, a day after 38 people were killed. Videos showed security forces shooting a person at point-blank range and chasing down and savagely beating demonstrators.

Despite the shocking violence the day before, protesters returned to the streets Thursday to denounce the military’s Feb. 1 takeover — and were met again with tear gas.

The international response to the coup has so far been fitful, but a flood of videos shared online showing security forces brutally targeting protesters and other civilians led to calls for more action.

The United States called the images appalling, the U.N. human rights chief said it was time to “end the military’s stranglehold over democracy in Myanmar,” and the world body’s independent expert on human rights in the country urged the Security Council to watch the videos before meeting Friday to discuss the crisis.

The coup reversed years of slow progress toward democracy in Myanmar, which for five decades had languished under strict military rule that led to international isolation and sanctions. As the generals loosened their grip in recent years, the international community lifted most sanctions and poured in investment.

U.N. special envoy for Myanmar, Christine Schraner Burgener, described Wednesday as “the bloodiest day” since the takeover, when the military ousted the elected government of leader Aung San Suu Kyi. More than 50 civilians, mostly peaceful protesters, are confirmed to have been killed by police and soldiers since then, including the 38 she said died Wednesday.

”I saw today very disturbing video clips,” said Schraner Burgener, speaking to reporters at U.N. headquarters in New York via video link from Switzerland. “One was police beating a volunteer medical crew. They were not armed. Another video clip showed a protester was taken away by police and they shot him from very near, maybe only one meter. He didn’t resist to his arrest, and it seems that he died on the street.”

She appeared to be referring to a video shared on social media that begins with a group of security forces following a civilian, who they seem to have pulled out of a building. A shot rings out, and the person falls. After the person briefly raises their head, two of the troops drag the person down the street by the arms.

In other footage, about two dozen security forces, some with their firearms drawn, chase two people wearing the construction helmets donned by many protesters down a street. When they catch up to the people, they repeatedly beat them with rods and kick them. One of the officers is seen filming the scene on his cell phone.