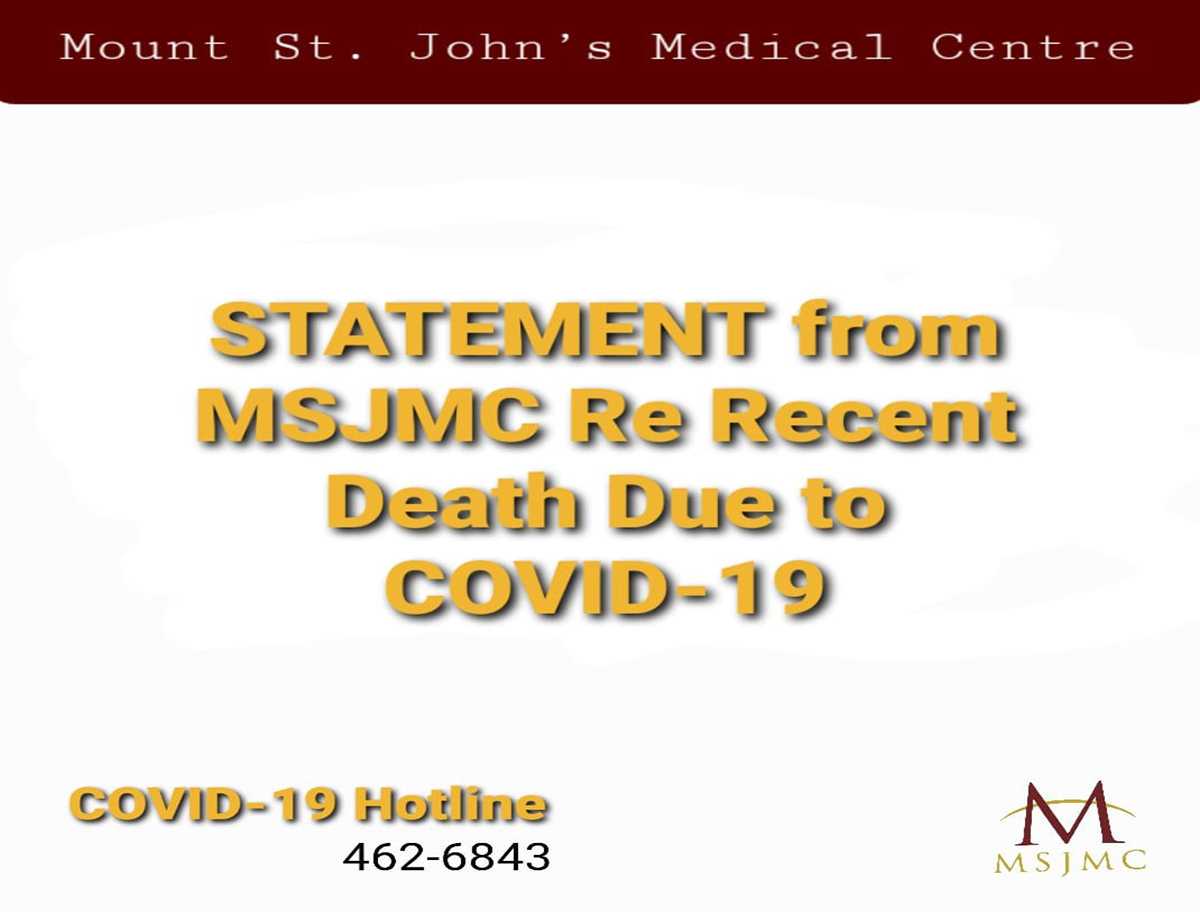 Hospital officials have confirmed an 85 year-old and a 67 year-old died on 1st March and 2nd March, 2021, respectively.

In announcing the deaths, MSJMC’s Medical Director, Dr. Albert Duncan confirmed the deaths as a result of illnesses related to COVID-19.

According to Dr. Duncan, both men were admitted to the hospital (on February 23 and February 5, 2021 respectively) in severe respiratory distress. Despite the best efforts of the care team, both patients succumbed to the infection he said.

Four deaths have now been recorded within a five-day period. Three of which were just hours apart.

Eighteen people have now died from the virus in Antigua and Barbuda.

“I want to again express my deepest sympathies to the families who have been plunged into grief in these particularly difficult circumstances,” said Dr. Albert Duncan, MSJMC Medical Director.

He warns, “If you don’t do everything possible to minimize spread (of the virus), then you are contributing to the spread and prolonging the amount of time in which our hospital will have more patients – more than we can safely handle.” “The consequences of this will affect anyone and everyone who needs hospital-level care. It’s not just those with COVID. I urge everyone to be responsible.”