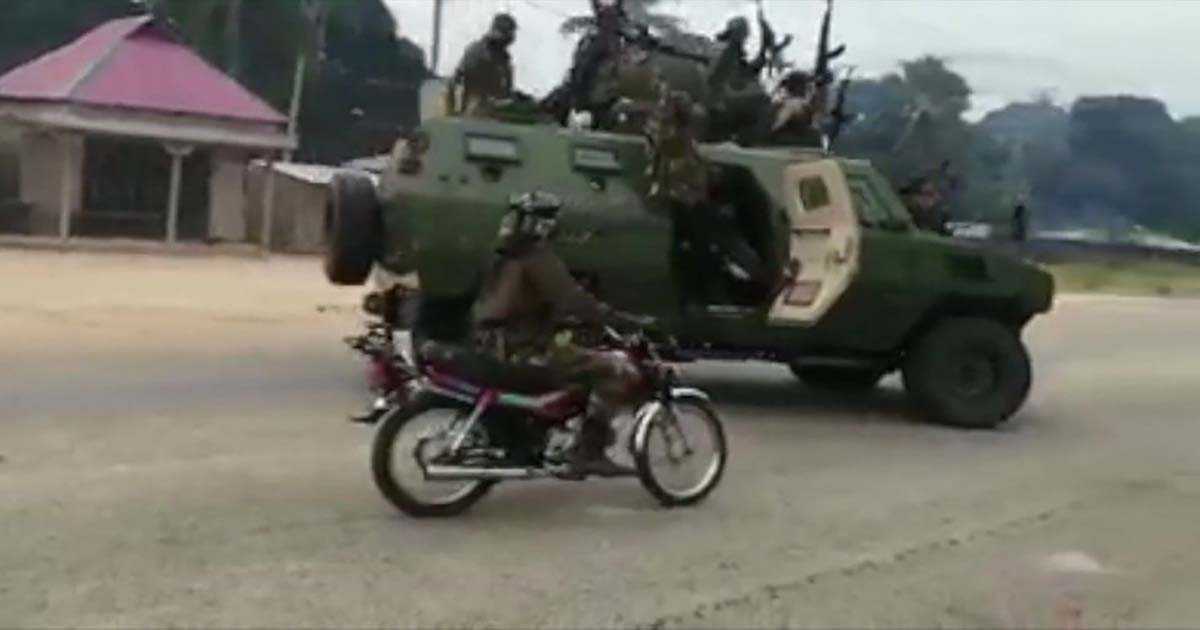 (BBC) – Dozens of people are dead following an attack on the town of Palma in northern Mozambique, according to a spokesperson from the country’s defence department.

Seven were killed trying to escape a siege on a hotel, said Omar Saranga.

Hundreds of others, both locals and foreigners, were reportedly rescued.

The area has been under attack by Islamist militants since Wednesday. Witnesses have described hiding out while waiting to be rescued by boat, on a beach strewn with headless bodies.

Marine traffic websites showed a string of vessels around Palma, and the port of Pemba to the south, as people tried to escape by any means – cargo vessels, passenger ships, tugs and recreational boats.

One contractor told the BBC many who escaped the hotel via convoy hid at the beach overnight on Friday and were evacuated by boat on Saturday morning.

He said more people were delivered to safety after him, and that the boats would be returning on Sunday to rescue more still.

He said civilians living and working in the area appeared to be co-ordinating the rescue effort.

“Local suppliers and companies, these guys were heroes of the entire operation. In the wee hours they managed to co-ordinate and reach out to the evacuees on the beach and got them onto boats and got them to safety.”

“Where the hell was the support from big companies, from countries?” he asked.

One source close to the rescue operation told AFP news agency that a boat with about 1,400 people on board had arrived in the port town of Pemba, which is about 250km (155 miles) south of Palma, on Sunday afternoon.

What’s the situation now in Palma?

The exact number of casualties in Palma, a town of about 75,000 people in Cabo Delgado province, is unclear. Many are still unaccounted for.

The town and beaches are strewn with bodies “with heads and without”, according to Col Lionel Dyck, whose private security firm, Dyck Advisory Group, is contracted by the Mozambique police in the area.

The armed group is reported to have taken control of Palma, but those claims are hard to verify amid a communications blackout.