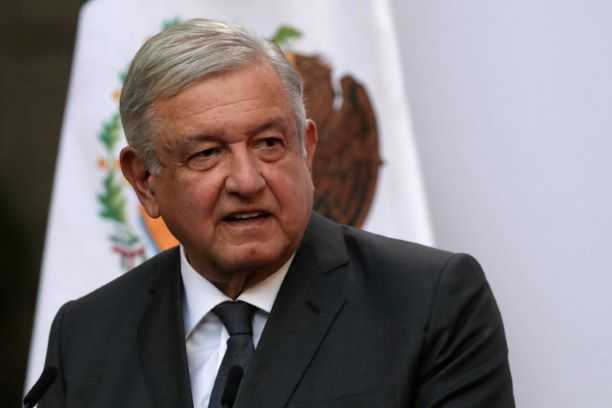 Mexican President Andres Manuel Lopez Obrador said on Thursday that migrants who believe the “doors are open” to the United States, now that Joe Biden is president, are wrong.

Lopez Obrador urged migrants not to believe traffickers who tell them they could get legal status immediately.

“Now, for example, that there is a US immigration policy to regularize the situation of migrants, Mexicans and our Central American brothers, people think that now the doors are open, that President Biden is going to immediately regularize all migrants,” Lopez Obrador said.

“It is not true that everyone can go now to the United States and they will be regularized, that has not been defined yet,” he said. “Our brother migrants should have this information so that they won’t be deceived by human traffickers, who paint a rosy picture.”

In Washington, White House press secretary Jen Psaki reiterated that Biden is committed to moving away from the Trump administration’s immigration policies, but added that it is a process that is going to take time.

“The president is committed to putting in place, in partnership with our Department of Homeland Security, a moral and humane process for processing people at the border, but that capacity is limited,” Psaki said. “Right now, and it means we’re just not equipped to process people at the pace that we would like to do.”

Psaki said the administration is concerned about migrants who continue to arrive at the border. “We don’t want people to put themselves at danger at a time where it is not the right time to come,” she said.

Alluding to Trump’s border policy to separate families after they cross, Psaki said that migrants who are travelling with children are a “different circumstance” that will be handled “carefully.”

During his news conference, Lopez Obrador also cited the recent massacre of nineteen people, including at least fourteen Guatemalan migrants, as justification for his policy of stopping Central American migrants at Mexico’s southern border with Guatemala.

He said the massacre showed that it was too dangerous to allow migrants to travel through drug cartel turf in northern Mexico.

“This was always our argument, that we need to protect migrants, watch out for them,” he said. “If they enter [Mexico] and spread out, we cannot keep an eye on them or protect them, and they wind up in the hands of organized crime, they are in danger.”