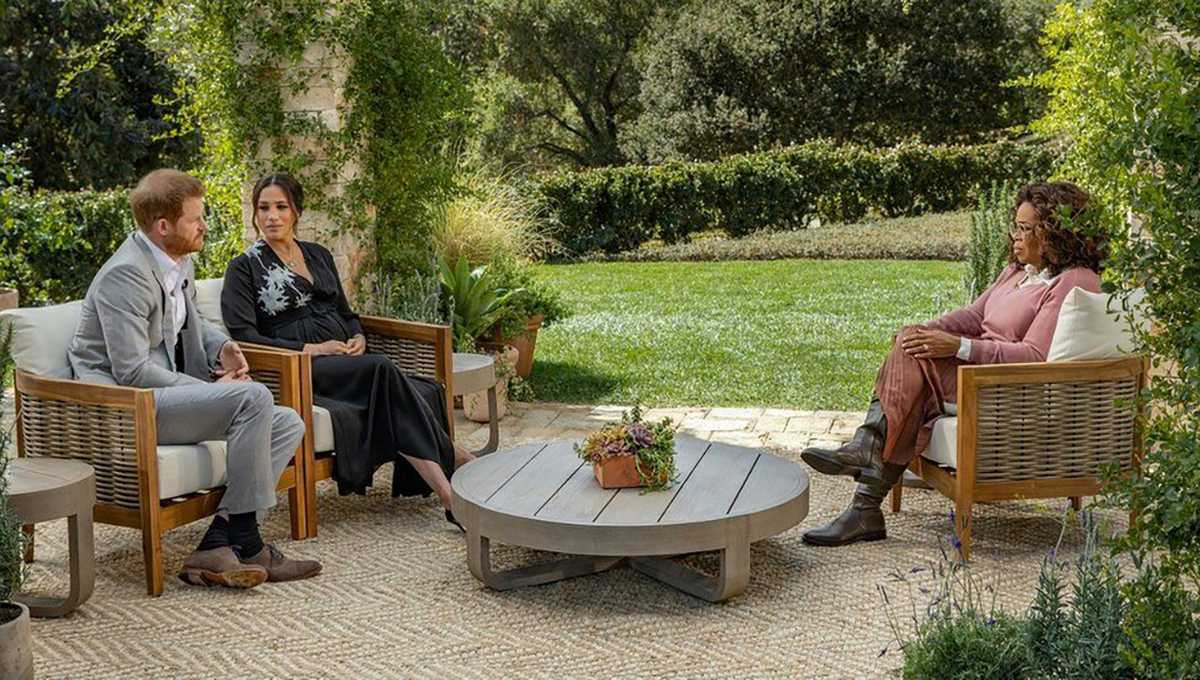 BBC World News – The race issues raised by the Duke and Duchess of Sussex in their interview with Oprah Winfrey are “concerning” and “taken very seriously”, Buckingham Palace has said.

In a statement, the Palace said “recollections may vary” but the matters will be addressed privately.

Meghan told Oprah Harry had been asked by an unnamed family member “how dark” their son Archie’s skin might be.

The Palace said the Sussexes would “always be much loved family members”.

The response from Buckingham Palace came after crisis meetings involving senior royals. Pressure had been growing to respond to the interview in which Meghan – the first mixed-race member of the modern Royal Family – revealed the comments about their son’s skin colour.

Prince Harry later clarified to Oprah that the comments were not made by either the Queen or the Duke of Edinburgh.

The statement, which came a day and a half after the interview was first broadcast in the US, said: “The whole family is saddened to learn the full extent of how challenging the last few years have been for Harry and Meghan.

“The issues raised, particularly that of race, are concerning. Whilst some recollections may vary, they are taken very seriously and will be addressed by the family privately.

“Harry, Meghan and Archie will always be much loved family members.”

It is understood the royals wanted to carefully consider their response and to give the British public an opportunity to watch the interview first when it was broadcast on Monday evening.

The royals are said to consider this a family matter and to believe they should be given the opportunity to discuss the issues privately.

Although likely, it was never absolutely certain that the Queen would issue a statement following the interview given by her grandson and his wife.

The risk was that any response would add to the “Royals in crisis” narrative which is playing out across front pages and TV screens across the globe.

But having had time to discuss the claims made by Harry and Meghan, four short sentences convey the message from the Palace that this is a private family matter and the specific allegations will not be publicly addressed.

The tone is conciliatory, with reference to the Sussexes as much loved family members. There is a gentle challenge in the line “whilst some recollections may vary”, but also an assurance that concerns will be taken seriously.

And we can be sure that – at least as far as the UK-based royals are concerned – any bridge-building will be done in private.

During a visit in London earlier, Prince Charles did not speak about the interview, in which the Sussexes addressed deeply personal topics of racism, mental health, the media and other members of the Royal Family.

The UK broadcast on Monday night was watched by an average of 11.1 million people.

In it, the duchess said there had been times when she “didn’t want to be alive any more” because she found royal life so difficult. She said she asked for help from the Palace but received none.

Meghan said conversations about how dark Archie’s skin might be when he was born took place “in tandem” with discussions about why he would not be given a royal title and police protection.

Under rules in place since 1917, the couple’s children would not automatically become princes or princesses – unless the Queen was to intervene.