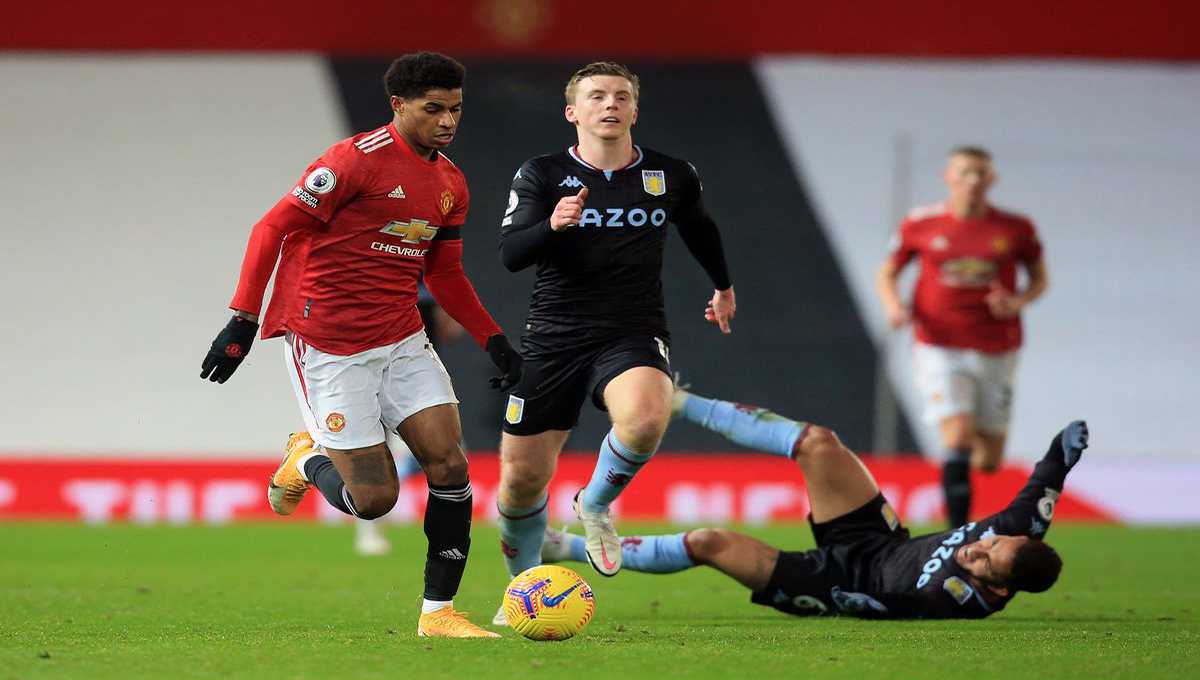 BBC Sports – Manchester United guaranteed a Premier League top-four finish and ensured rivals Manchester City must wait to be crowned champions as they came from behind to beat Aston Villa at Villa Park.

Having sealed their place in the Europa League final despite a 3-2 second-leg defeat by Roma on Thursday, second-half goals from Bruno Fernandes, Mason Greenwood and substitute Edinson Cavani – followed by West Ham’s loss to Everton – sealed a Champions League place for Ole Gunnar Solskjaer’s side.

A win for Villa would have clinched the title for leaders City – beaten 2-1 by Chelsea on Saturday – and Bertrand Traore’s emphatic finish into the top corner midway through the first half threatened to do just that.

Emiliano Martinez was equal to attempts from Greenwood and Marcus Rashford as United struggled to respond initially, while Dean Henderson kept out Ollie Watkins’ strike to deny Villa a second before half-time.

United levelled shortly after the restart when Fernandes calmly slotted in a penalty after Douglas Luiz needlessly fouled Paul Pogba, and Greenwood completed a four-minute turnaround when his low strike found the bottom corner.

A VAR check for handball against Greenwood was dismissed after Luiz headed the ball onto the arm of the United forward and the visitors successfully resisted late Villa pressure despite the loss of captain Harry Maguire to injury, before Cavani confirmed victory in the closing stages.

In a frantic finale, Villa forward Watkins also received a red card for a second booking for simulation when under pressure from goalkeeper Henderson.

United are 10 points behind champions-elect City but will have the chance to move within four points as they face Leicester and Liverpool before the leaders next play.