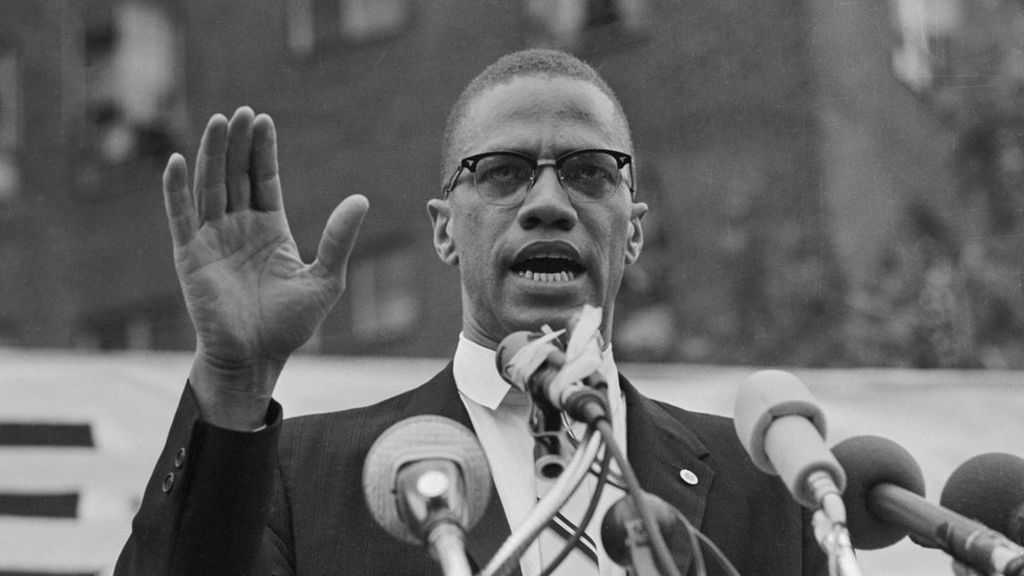 The daughters of assassinated US black civil rights leader Malcolm X have requested that the murder investigation be reopened in light of new evidence.

They cite a deathbed letter from a man who was a policeman at the time of the 1965 killing, alleging New York police and the FBI conspired in the murder.

Raymond Wood wrote his responsibility was to ensure Malcolm X’s security team were arrested days before he was shot dead in Manhattan, his family says.

Three men were convicted of the murder.

The men – all members of the Nation of Islam political and religious movement – were each sentenced to life in prison. One of them has since died, while the other two have been paroled.

By the time he was gunned down, Malcolm X – who was at one time seen as a public face of the Nation of Islam but then left the movement – had moderated his militant message of black separatism. However, he remained a passionate advocate of black unity, self-respect and self-reliance.

In 2020, the Manhattan district attorney launched a review of the convictions after meeting representatives of the Innocence Project, a non-profit legal group campaigning for justice for individuals it says have been wrongly convicted.

The letter says the New York Police Department (NYPD) and the FBI (Federal Bureau of Investigation) covered up details of the assassination on 21st February 1965 in Harlem’s Audubon Ballroom, Upper Manhattan, according to Wood’s family and their lawyer.

Wood alleges that he was tasked with making sure that Malcolm X would have no door security in the building where he was due to speak in public.

At a press briefing on Saturday, Wood’s family members provided no details about how and when Raymond Wood died. But they said he did not want to make the letter public until after his death, fearing repercussions from the authorities.

“Any evidence that provides greater insight into the truth behind that terrible tragedy should be thoroughly investigated,” said Ilyasah Shabazz, one of Malcolm X’s daughters.

In a statement, the NYPD said: “Several months ago, the Manhattan district attorney initiated a review of the investigation and prosecution that resulted in two convictions for the murder of Malcolm X. The NYPD has provided all available records relevant to that case to the district attorney. The department remains committed to assist with that review in any way.”

The FBI has so far made no public comment on the issue.

BVI to implement Bill to reward for whistleblowers