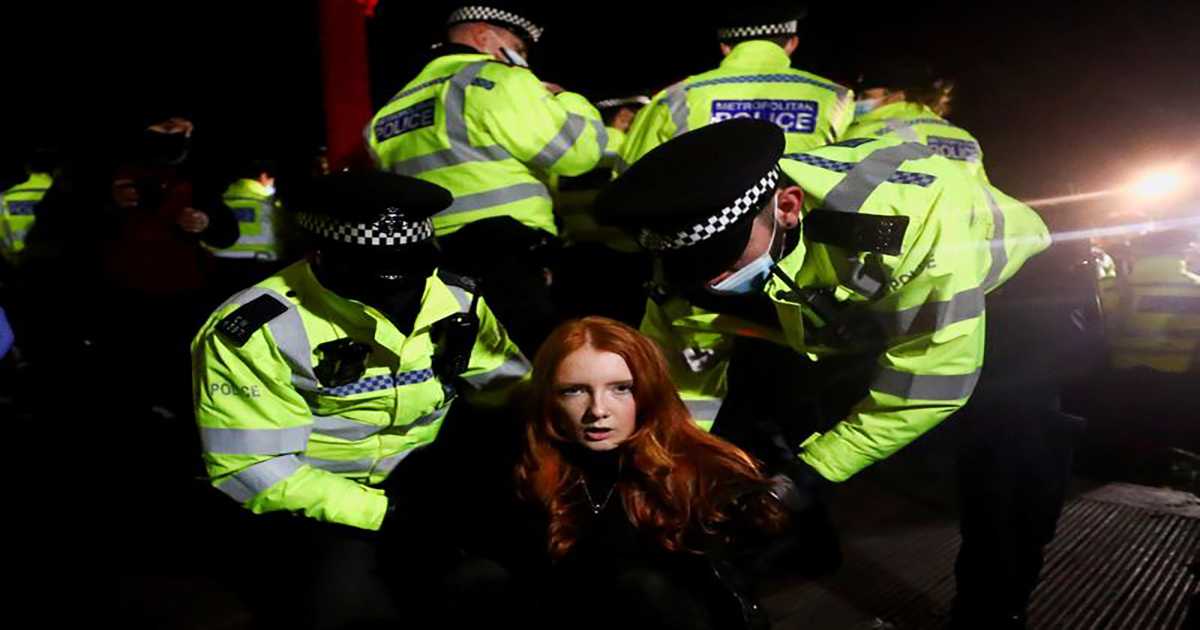 LONDON (Reuters) – London police faced a backlash from the public on Sunday and an official inquiry into their actions after using heavy-handed tactics to break up an outdoor vigil for a woman whose suspected killer is a police officer.

The disappearance of Sarah Everard, thirty-three, as she walked home on the evening of 3rd March, has provoked a huge outpouring of grief and dismay in Britain at the failure of police and wider society to tackle violence against women.

Police had denied permission for a vigil on Saturday evening at London’s Clapham Common, near where Everard was last seen alive, citing regulations aimed at preventing the spread of the coronavirus.

But hundreds of people, mostly women, gathered peacefully at the park in defiance of the ban to pay their respects to Everard throughout Saturday, including Kate, the Duchess of Cambridge.

Later on Saturday dozens of police officers marched into the crowd to shouts of “shame on you.” Scuffles broke out and officers dragged women away from the scene.

“Last night people were very, very upset, there was a great deal of emotion, completely understandably, and the police, being as they are operationally independent, will be having to explain that to the Home Secretary,” safeguarding minister Victoria Atkins told Sky News.

London police chief Cressida Dick backed her officers and said that they needed to make a very difficult judgement.

Asked if she was considering resigning, she said: “No, I’m not.”

Home Secretary Priti Patel, the minister in charge of policing, described footage of the incident as “upsetting.” Her office said she had ordered an independent inquiry after an initial police report left some questions unanswered.

London Mayor Sadiq Khan also said he was not satisfied with police chief’s explanation of the events and said officers’ conduct must be examined.

An image of officers handcuffing a woman on Saturday night as she lay on the floor was widely shared and condemned on social media.

The woman, Patsy Stevenson, told LBC radio: “The main point that everyone was trying to get across when everything happened is that women don’t feel safe, they don’t feel safe walking down a street and that’s the bare minimum we should feel the freedom to do.”

She said she was fined two hundred pounds ($278) for breaching COVID regulations.

Everard’s murder has resonated with women across the country, prompting thousands to share on social media their experiences of violence and sexual assaults perpetrated by men, and vividly describe the daily fear they feel.