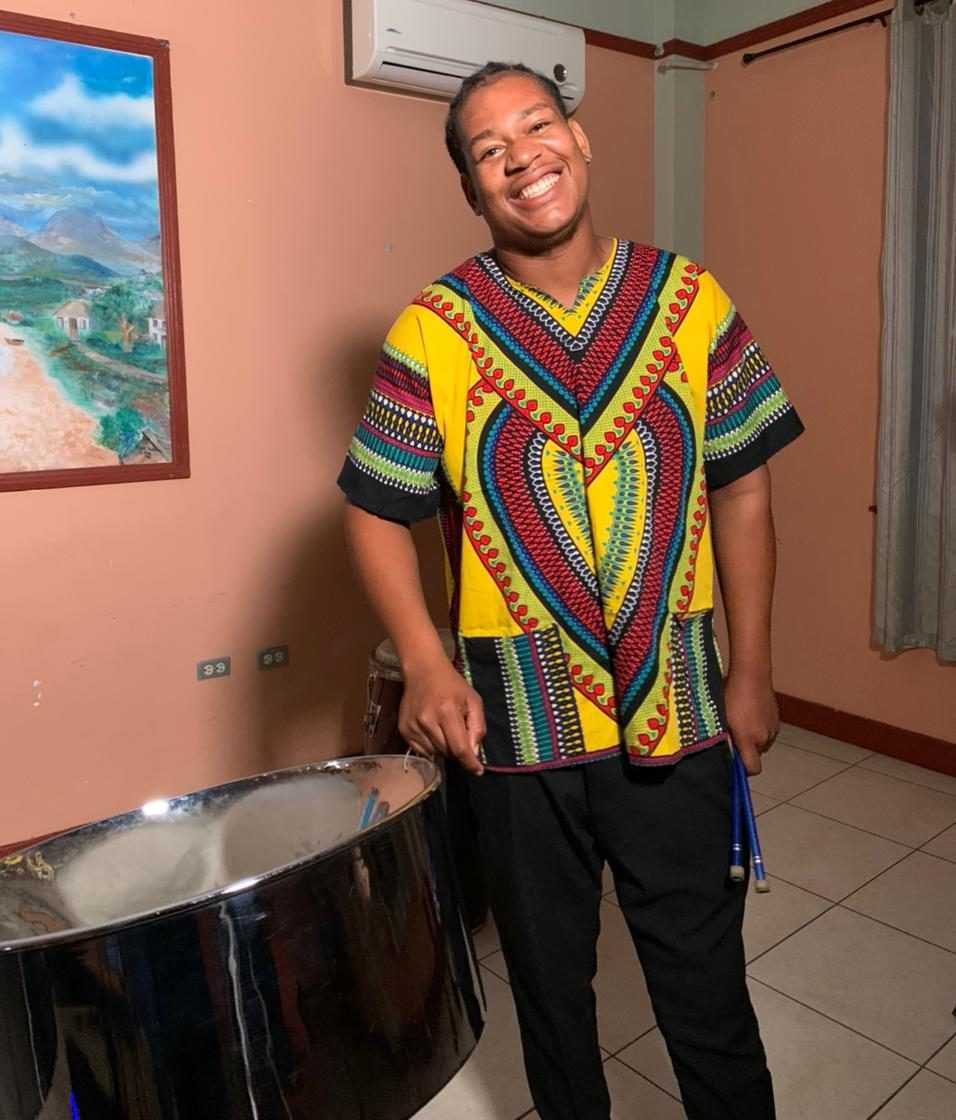 Only the top twenty out of a field of thirty participants were selected to enter the semifinals. Greenway, with an overall total of seventy-five points made it to the 20th spot, guaranteeing him a place in the semifinals. The other four Antigua and Barbuda representatives did not make it beyond the preliminary round.

The preliminary round of the NLCB PanoGrama 2021 virtual event came to an end on Mother’s Day, Sunday 9th May after the last ten competitors pulled out all the stops to ensure their spot in semifinals, which will be held on 13th May.

The exceptional talent on display throughout the preliminaries left adjudicators with the tough task of allocating just twenty semifinal spots from a field of thirty exceptional pannists who participated in the preliminary rounds of the competition. This was evident when the results were revealed on Sunday, which showed some pannists being as close as point four points away from each other.

The preliminary rounds of the competition took place between Friday 7th May and Sunday 9th May, starting with a fifteen-minute prelude at 7:45 p.m. each night, officially commencing at 8:00 p.m. AST, with more than six thousand people across the globe tuning in. The three-night segment featured ten pannists each night whose performances were nothing short of outstanding, covering genres such as reggae, soca, gospel and R&B. The international event featured pannists from countries such as Trinidad and Tobago, Barbados, St. Lucia, France, Canada, England, Antigua and Barbuda, the US Virgin Islands, United States, Guyana, and Grenada.

The semifinals of the NLBC PanoGrama will take place on 13th May at 8:00 p.m. AST, streaming live on all social media platforms from 7:45 p.m. AST. These include PanoGrama’s Facebook page (facebook.com/pano.grama1), YouTube channel (youtube.com/panograma) and Instagram (instagram.com/pano.grama).