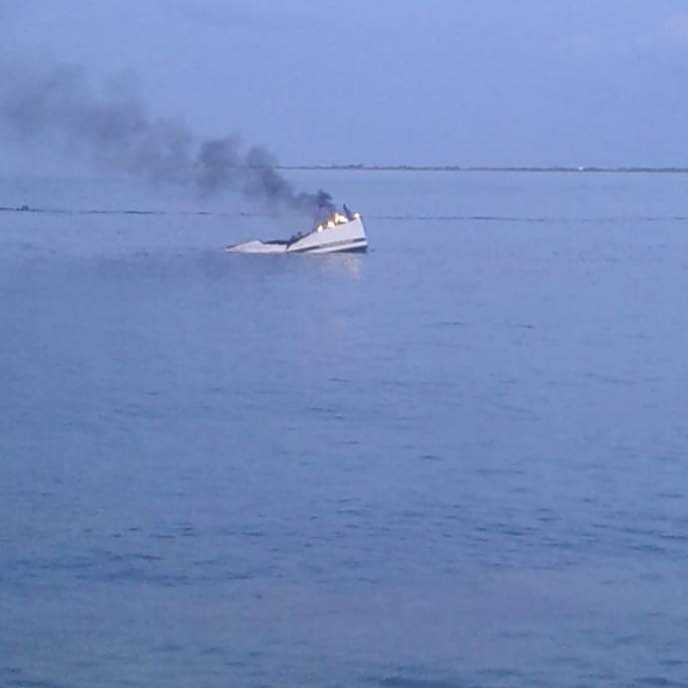 A lightning strike is believed to be the reason for a yacht catching fire in Barbuda waters. 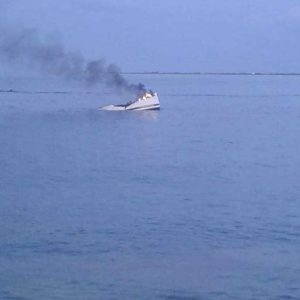 Fire Chief Elvis Weaver said the 911 call was received at approximately 5am Monday that the luxury vessel, owned by Dream Yachting, a company in Jolly Harbour was ablaze. Four people were on board at the time of the incident. They were able to escape on a dinghy without injuries, before fire consumed the entire vessel, which later sank.

Reports are it went down in the middle of the Barbuda Channel that vessels use to depart and moor at the River Dock.

Further reports indicate those on board had only arrived in the country on Sunday. Despite being equipped with devices to guard against lightning strikes, Antiguan Captain Aldrick Nicholas says sea vessels can still be struck. 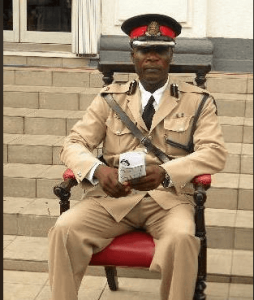