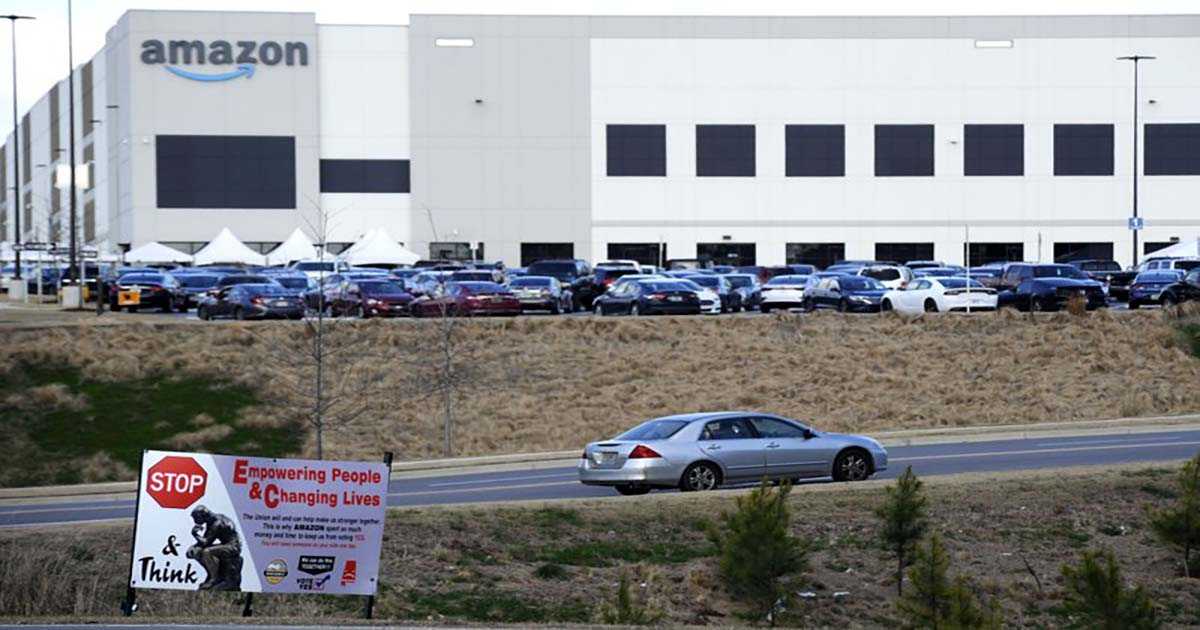 AP Alabama – What happens inside a warehouse in Bessemer, Alabama, could have major implications not just for the country’s second-largest employer but the labour movement at large.

Organisers are pushing for some six thousand Amazon workers there to join the Retail, Wholesale and Department Store Union (RWDSU) on the promise it will lead to better working conditions, better pay and more respect. Amazon is pushing back, arguing that it already offers more than twice the minimum wage in Alabama and workers get such benefits as healthcare, vision and dental insurance without paying union dues.

The two sides are fully aware that it’s not just the Bessemer warehouse on the line. Organisers hope what happens there will inspire thousands of workers nationwide — and not just at Amazon — to consider unionising and revive a labour movement that has been waning for decades.

“This is lighting a fuse, which I believe is going to spark an explosion of union organising across the country, regardless of the results,” says RWDSU president Stuart Appelbaum.

The union push could spread to other parts of Amazon and threaten the company’s profits, which soared eighty-four per cent last year to twenty-one billion dollars. At a time when many companies were cutting jobs, Amazon was one of the few still hiring, bringing on board five hundred thousand people last year alone to keep up with a surge of online orders.

Bessemer workers finished casting their votes on Monday. The counting begins on Tuesday, which could take days or longer depending on how many votes are received and how much time it takes for each side to review. The process is being overseen by the National Labour Relations Board and a majority of the votes will decide the final outcome.

What that outcome will be is anyone’s guess. Appelbaum thinks workers who voted early likely rejected the union because Amazon’s messaging got to them first. He says momentum changed in March as organisers talked to more workers and heard from basketball players and high-profile elected officials, including President Joe Biden.

For Amazon, which employs more than nine hundred and fifty thousand full- and part-time workers in the U.S. and nearly 1.3 million worldwide, a union could lead to higher wages that would eat into its profits. Higher wages would also mean higher costs to get packages to shoppers’ doorsteps, which may prompt Amazon to raise prices, says Erik Gordon, a professor at the University of Michigan’s Ross School of Business.

In a statement, Amazon says it encouraged all its employees to vote and that “their voices will be heard in the days ahead.”

Any push to unionise is considered a long shot, since labour laws tend to favour employers. Alabama itself is a “right-to-work” state, which allows workers in unionised shops to opt out of paying union dues even as they retain the benefits and job protection negotiated by the union.