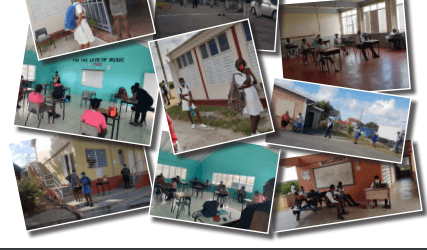 The entire education plant in Antigua and Barbuda has been restored for the 2020-21 school year with the last three schools having opened their doors today. This is according to Director of Education, Clare Browne, who reported that the St. Mary’s Secondary,
Sir McChesney George in Barbuda and School for the Deaf will resume classes today.
The St. Mary’s Secondary opened briefly but was forced to close to facilitate preparations to classrooms and the school yard in order to comfortably and safely accommodate teachers and students.

Late Sunday afternoon, Director Browne received word from the school’s principal that the contractor had completed the work necessary to allow for regular school to resume. “The air condition system is in place, the electricity fully functioning, the water stations are in
place and all systems are go for the start of classes today,” he revealed. The School for the Deaf, began classes today with eleven of its eighteen students. Previously, the school
catered to the needs of seventeen students but they are joined by a new student
who has enrolled this year. 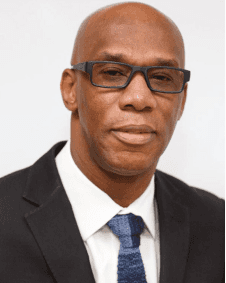 “Two new classrooms are being built with the help of the Rotary Club. These classrooms are nearing completion and we expect them to go into use in short order,” the Director
of Education announced. The Sir McChesney George school on Barbuda was also set to start classes, according to Browne, who spoke with principal, John Mussington, last Friday.

That school also underwent renovations in preparation for the start of classes. While construction is not fully completed, a team composed of a representative from the Ministry of Education and two members of the Barbuda Council, agreed that classes could resume today.

Form Five students met for orientation today. Lower forms will also participate in  orientations concluding with Form One on Friday. In class tutoring begins next Monday on a six day cycle. Now two weeks into the new school year, Browne said he is satisfied with the
operations of the education plant. “Things are going generally well so far as the principals and the teachers have been doing an excellent job. Our greatest challenge has to do with ensuring that social distancing is maintained. This constitutes most of the reports
reaching my desk and it remains a challenge,” he remarked.

The Director acknowledged, however, that the adjustments in a time of COVID-19 will be difficult for the students especially earlier on in the term. “It has been a cultural shift from a place of interaction to one of near isolation. I have personally visited several schools and
there are no reports regarding the wearing of face masks but social distancing is the primary issue,” he recalled. So far, according to the Director Browne, nine students have been approved for home-school after appropriate education plans were submitted to the ministry. Another seven have been tentatively approved subject to the submission
and approval of education plans.

Three applications were withdrawn after the parents of those children decided to have them return to a traditional classroom setting. Browne also remarked that he was pleased with
the ministry’s response to the coronavirus pandemic as stakeholders in education rose to the occasion after being forced to devise a creative approach to this unexpected and unprecedented challenge.

Renewed commitment to lift Barbuda out of the doldrums