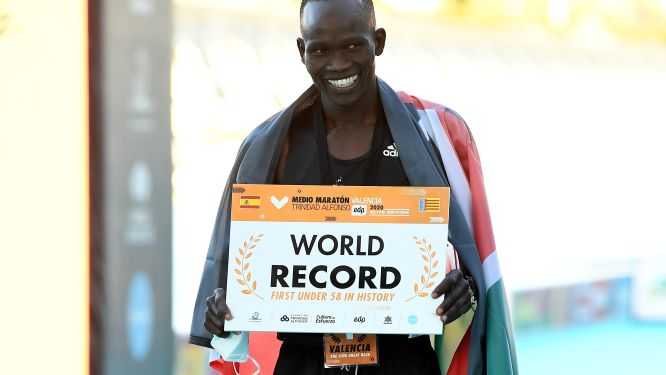 A Kenyan runner has set a new half marathon world record in Valencia.

Kibiwott Kandie inked his name in the history books as he became the first person in history to break the 58-minute barrier in a half-marathon.

The 24-year-old stunned Uganda’s Jacob Kiplino on his way to victory as he clocked 57.32.

The previous record was held by his fellow countryman, Geoffrey Kamworor, which he set in 2019.

Kandie went into Sunday’s race in fine form having won a silver medal during the 2020 World Athletics Half-Marathon Championships held in Poland mid-October.