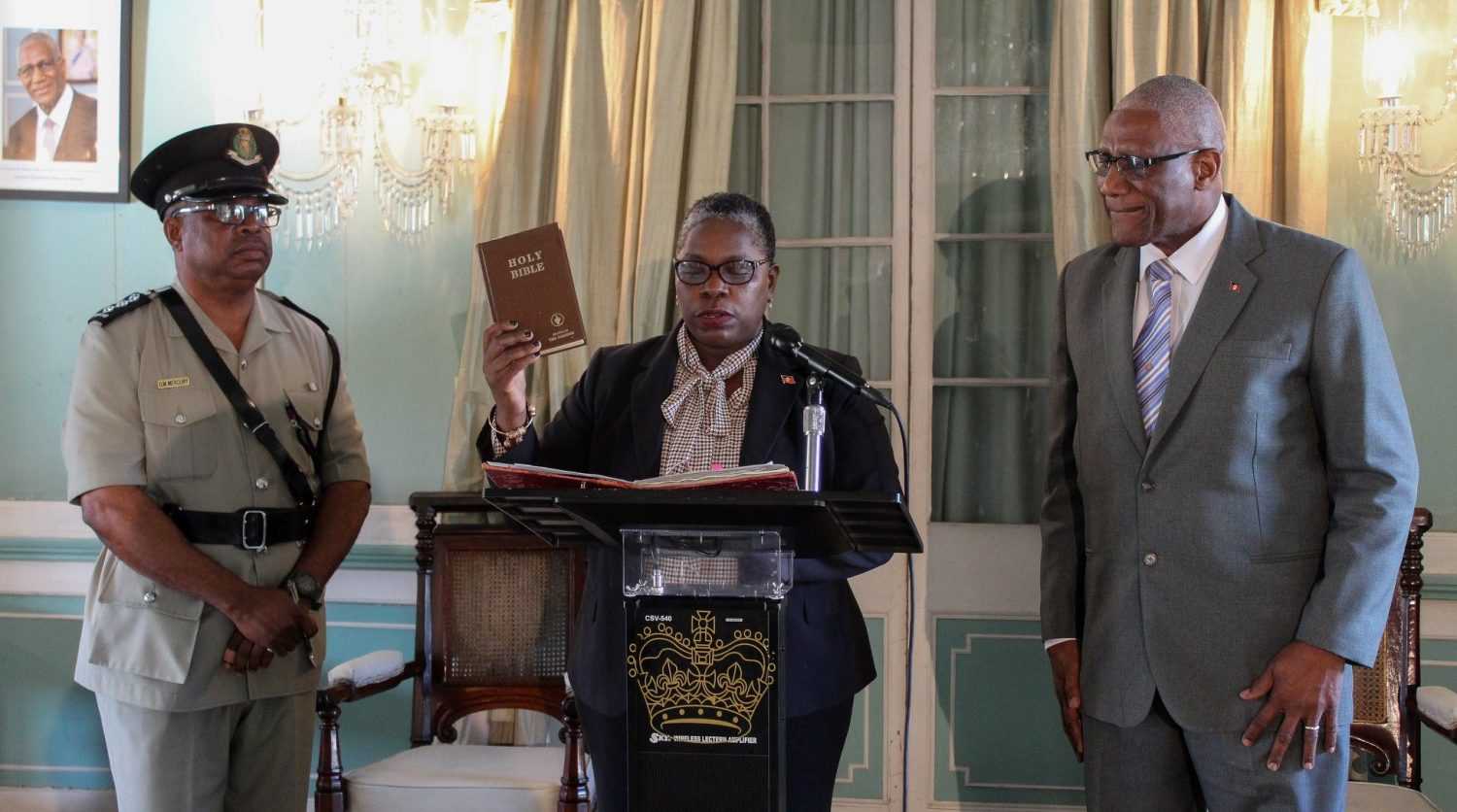 Prime Minister Gaston Browne has terminated the services of Member of Parliament Hon. Dean Jonas as Minster of Agriculture, Fisheries and Barbuda Affairs. The announcement came on Monday following months of disagreement between the head of state and the minister, and was compounded by public protests and threats of legal action against the now former minster by members of his own ministry.

Last Saturday, the Prime Minister cautioned that Jonas should “shape up or ship out” if he was unable to implement and fulfill the mandate of the government.

On Monday, the Prime Minister and others met with distraught members of the Agriculture Ministry and affiliated bodies, where he got a first-hand account of the circumstances plaguing the forward movement of the nation’s producing sector. The Minister was not present.

Subsequent to this meeting, the Prime Minister wrote to the Governor General of Antigua and Barbuda, General Sir Rodney Williams, “advising His Excellency to terminate the duties and responsibilities of the Honourable Dean Jonas as a member of the Cabinet,” effective Monday.

Jonas was equally removed as a member of Cabinet.

Subsequent to that, the Governor was advised to swear in Minister Samantha Marshall to assume the responsibilities of Agriculture, Fisheries and Barbuda Affairs. It is unclear if Marshall would simultaneously carry the role of Minister of Social Transformation and Human Resource Development.

The former Minister is still however the parliamentary representative of St. George’s Constituency and will execute his representative functions accordingly, unless he resigns. However, in another missive to him directly, the Prime Minister said, “For more than six months, I have tried to dissuade you from taking decisions that are inimical to good governance, and to my Government’s policy. My attempts have been in vain.

“Your relationship with your staff in the Ministry is toxic, and a continuous decline is evident from the reports that have reached me. The relationship with the farmers is also toxic and deteriorating further.”

On the basis of the inabilities of the former Minister to develop a good working relationship with his staff and with farmers, it has become necessary to provide the representative with a six-month period for reflection and contemplation as to how to achieve reconciliation, the Prime Minister informed the member in writing.

Under Section 71(1) of the Constitution of Antigua and Barbuda, the Prime Minister is authorized to select or to terminate members of Cabinet.

Furthermore, Senior Extension Officer in the Extension Division of the Ministry, Owolabi Elabanjo – under whose authority the broke the Camel’s back in Jonas’ case – has said that he would be pursuing legal action against the former Minister who accused him of using government property for personal gain.

Elabanjo has been a public servant for over 20 years and purports to enjoy the same level of support from his staff as he provides. Something, he has accused the minister of placing insufficient value on.

The two have reportedly been at logger heads for some two years, during which time the former Minister has refused to provide any signature of support to Elabanjo as it pertains to work-related travel due to the absence of substantive reporting from such trips – a matter that Elabanjo claims to be irrelevant since most [if not all] of his travels are on international invitations and sponsorship.

No medical marijuana license yet