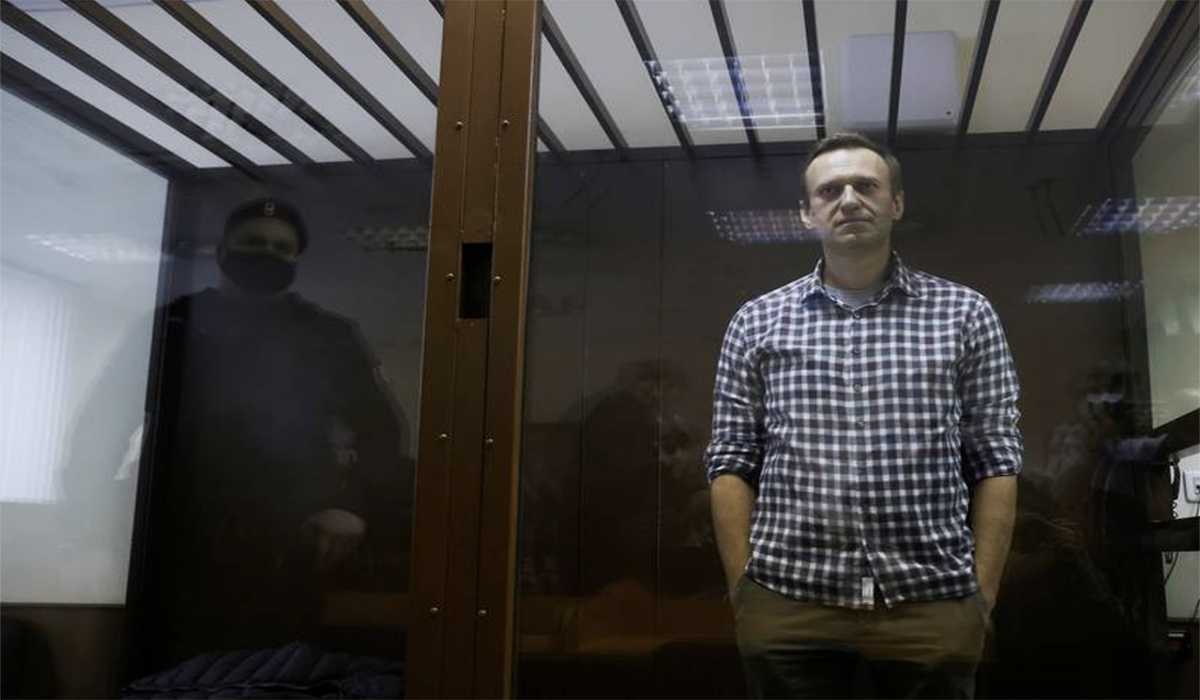 MOSCOW (Reuters) – Hunger-striking Kremlin critic Alexei Navalny was having difficult speaking and had lost more weight, his wife said in a social media post on Tuesday after visiting him in prison.

Navalny, 44, a prominent opponent of Russian president Vladimir Putin, announced a hunger strike at the end of March in protest at what he said was the refusal of prison authorities to treat him properly for acute back and leg pain.

In an Instagram post, Yulia Navalnaya described his condition after speaking to him by phone through a glass window.

“He is still as cheerful and upbeat as ever. He speaks with difficulty, though, and from time to time he hangs up the phone and leans on the table to take a break. He has lost a lot of weight … and weighs 76 kg at 190 (cm).”

It means that Navalny’s weight has fallen by 16 kg since he arrived at the prison facility 100 km (62 miles) east of Moscow last month.

“They still won’t let a doctor see him … I’ve never seen skin so tight around one’s skull, but I know he’s not going to give up,” she added.

Navalny, whom the West says has been wrongly jailed and should be freed, returned to Russia in January after recovering from what German doctors say was a nerve agent poisoning.

He was jailed in February for two-and-a-half years for parole violations that he called politically motivated. Russia says it has yet to see evidence he was poisoned.

Staff at the Russian prison say they have offered Navalny proper treatment but he has refused it. Navalny was moved to a prison clinic earlier this month after complaining of a high temperature and a bad cough.

Russia’s prisons service said on Tuesday that a panel of doctors assessed Navalny’s health as satisfactory and that he was transferred from the clinic back to the main part of the prison on April 9, the RIA news agency quoted it as saying.