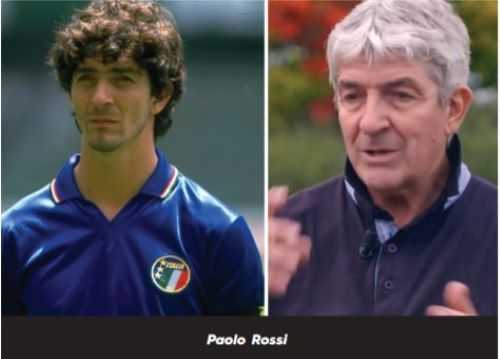 Rossi became a household name after leading the Azzurri to victory at the tournament in Spain, finishing as top scorer and being named best player.

At club level he first came to prominence as a prolific scorer for Vicenza, earning a move to Juventus and later playing for AC Milan.

His death was announced on Thursday following what Italian media reported had been a “long illness”.

Rossi’s wife, Federica Cappelletti, posted a picture of them together on social media with the words “Per sempre” (forever). She did not disclose the cause of his death.

Rossi scored 20 goals in 48 appearances for the Italian national side and more than a 100 Serie-A goals during spells with Vicenza, Perugia, Juventus, Milan and Verona. Following his performance at the 1982 World Cup, he was awarded the Ballon d’Or which at the time was given to the European footballer of the year.

After retiring from football in the later 1980s, Rossi worked as a pundit for Sky, Mediaset and Rai.

Andre Russel: “The Bubble is difficult”

Kevin Durant: “Harden is not on my mind”