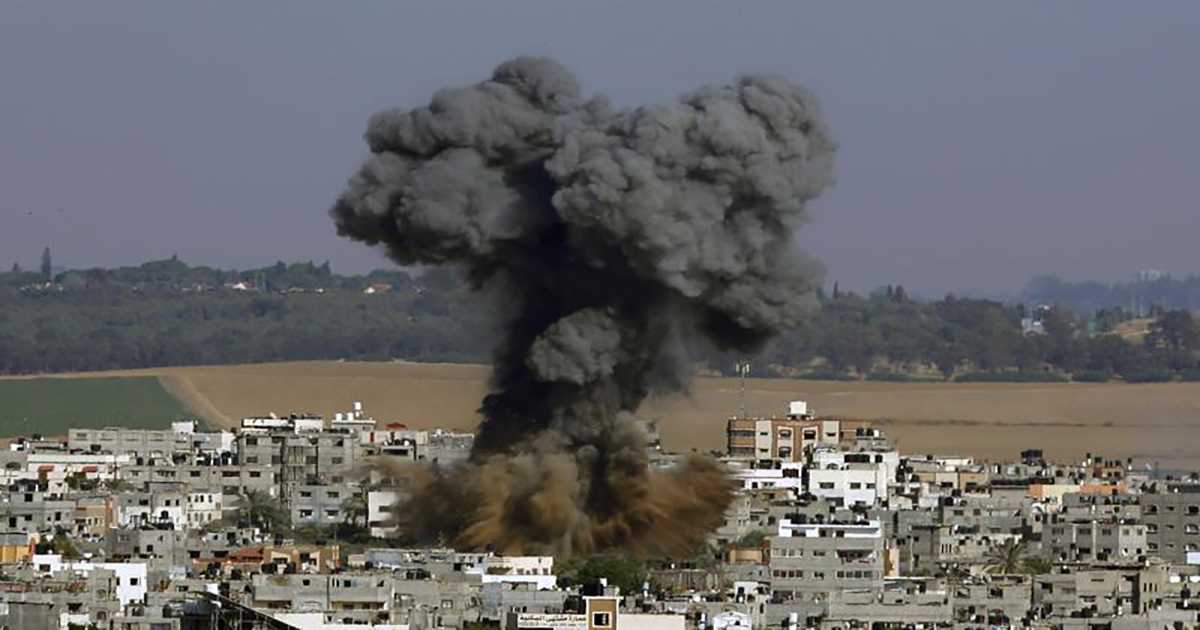 GAZA CITY, Gaza Strip (AP) — A confrontation between Israel and Hamas sparked by weeks of tensions in contested Jerusalem escalated Tuesday as Israel unleashed new airstrikes on Gaza while militants barraged Israel with hundreds of rockets. The exchange killed a number of militants and civilians in Gaza and at least two Israelis.

The barrage of rockets from the Gaza Strip and airstrikes into the territory continued almost nonstop throughout the day in what appeared to be some of the most intense fighting between Israel and Hamas since their 2014 war. The fire was so relentless that Israel’s Iron Dome rocket-defense system seemed to be overwhelmed. Columns of smoke rose from many places in Gaza.

By late Tuesday, the violence extended to Tel Aviv, which came under fire from a barrage of rockets launched from the Gaza Strip. The outgoing volleys set off air raid sirens across the city.

Hamas said it launched a total of 130 rockets, its most intense strike so far, in response to Israel’s destruction of a high-rise building in Gaza earlier in the evening. The sound of the outgoing rockets could be heard in Gaza. As the rockets rose into the skies, mosques across Gaza blared with chants of “God is great,” “victory to Islam” and “resistance.”

Since sundown Monday, 28 Palestinians — including 10 children and a woman — were killed in Gaza, most by airstrikes, health officials there said. The Israeli military said at least 16 of the dead were militants.

Two women were killed by rockets fired from Gaza that hit their homes in the southern city of Ashkelon — the first Israeli deaths in the current violence. At least 10 other Israelis have been wounded since Monday evening.

After those deaths, Israeli Prime Minister Benjamin Netanyahu said officials decided to “increase both the strength and rate of the strikes” against militant groups Hamas and Islamic Jihad in the Gaza Strip.

Egyptian officials said they were trying to broker a cease-fire, but the cycle of violence was gaining momentum. Even before the two Israeli deaths, the Israeli military said it was sending troop reinforcements to the Gaza border, and the defense minister ordered the mobilization of 5,000 reserve soldiers.

Lt. Col. Jonathan Conricus, a military spokesman, told reporters that Israel was beefing up defensive forces on the border to prevent possible infiltrations and increasing its offensive forces as well, primarily in the air.