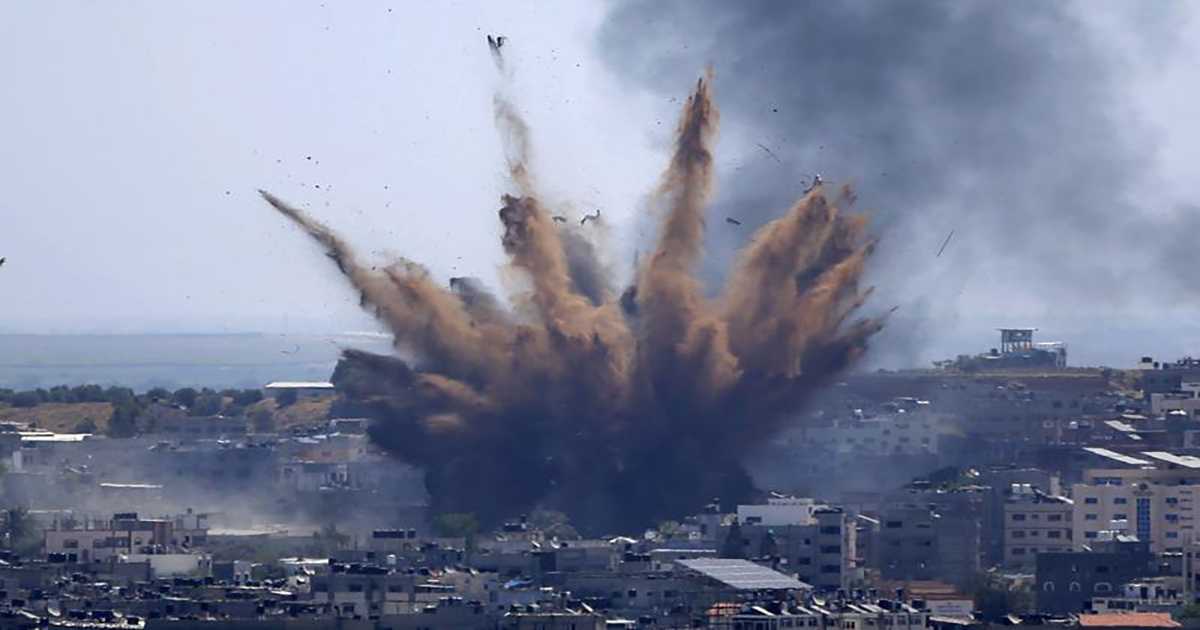 GAZA CITY, Gaza Strip (AP) — Hamas sent a heavy barrage of rockets deep into Israel on Thursday as Israel pounded Gaza with more airstrikes and shells and called up 9,000 more reservists who could be used to stage a ground invasion. The hostilities intensified despite mediation efforts by Egyptian negotiators who held in-person talks with both sides.

In another potential escalation, at least three rockets were fired from southern Lebanon toward Israel, an attack that threatened to open a new front in the fighting.

The artillery and tank shells that began falling into Gaza in the evening forced scores of families to flee their homes, Palestinian witnesses said. The use of artillery fire in Israel’s four-day-old offensive raised the likelihood of civilian casualties.

Previous fighting between Israel and Gaza’s Hamas rulers, including a devastating 2014 war, was largely confined to the impoverished and blockaded Palestinian territory and Israeli communities on the frontier. But this round seems to be rippling farther and wider than at any time since the 2000 Palestinian intifada, or uprising.

While some rocket attacks have reached the Tel Aviv area, Arab and Jewish mobs have rampaged through the streets, savagely beating people and torching cars. Flights have been canceled or diverted away from the country’s main airport.

Weary Palestinians, meanwhile, somberly marked the end of the Muslim holy month of Ramadan on Thursday as militants fired one barrage of rockets after another and Israel carried out waves of bone-rattling airstrikes. Since the rockets began Monday, Israel has toppled three high-rise buildings that it said housed Hamas facilities after warning civilians to evacuate.

Gaza’s Health Ministry said the death toll has climbed to 87 Palestinians, including 18 children and eight women, with 530 people wounded. Islamic Jihad confirmed the deaths of seven militants, while Hamas has acknowledged 13 of its militants killed, including a senior commander. Israel says the number of militants dead is much higher.

Seven people have been killed in Israel. Among them were a soldier killed by an anti-tank missile and a 6-year-old child hit in a rocket attack.

Many world leaders have condemned the violence and urged restraint, and a visit by Egyptian security officials was a significant development in international efforts to bring about a cease-fire. Such efforts have been key to ending past rounds of fighting.

The officials met first with Hamas leaders in Gaza before holding talks with the Israelis in Tel Aviv, two Egyptian intelligence officials said. They spoke on condition of anonymity because they were not authorized to talk to the press.

Vaccinate or Suffocate – The Stark Choice