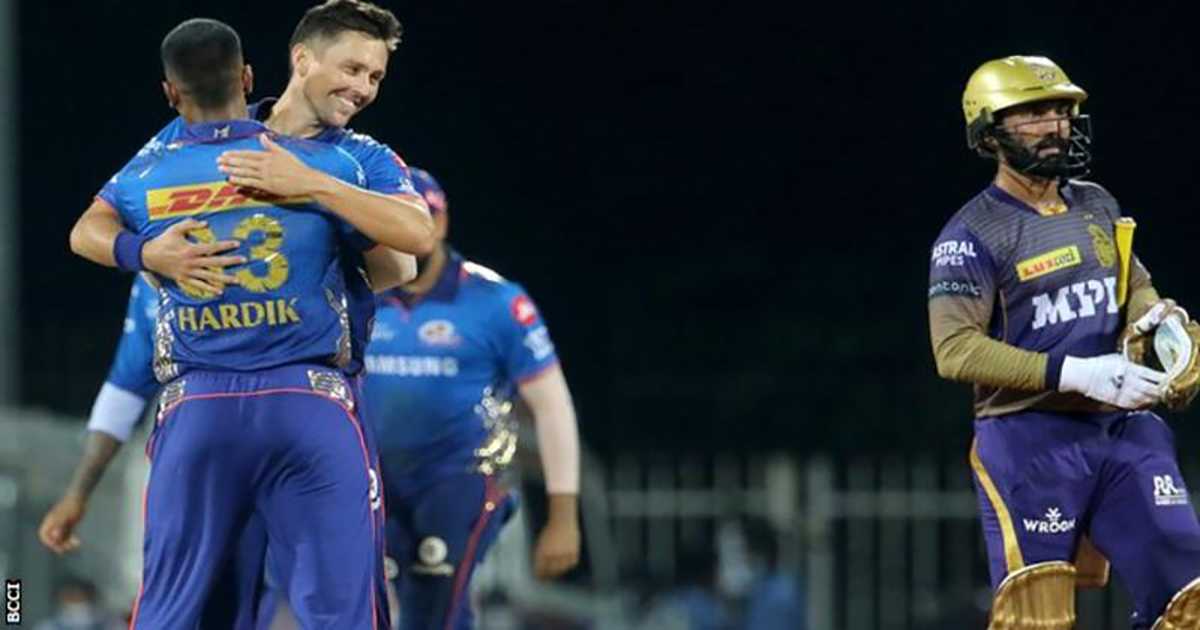 Mumbai were bowled out for 152 in Chennai, with Andre Russell taking 5-15 in only two overs.

Kolkata, led by Eoin Morgan, were 72-0 in the ninth over.

But they were choked by Mumbai spinners Rahul Chahar and Krunal Pandya and, needing 15 off the last over, managed only four to end on 142-7.

New Zealander Trent Boult held his nerve, having Russell caught and bowled and then bowling Pat Cummins off the next ball.

That came after leg-spinner Chahal took the first four wickets to fall in his figures of 4-27.

Shubman Gill was caught at long off for 33, Nitish Rana stumped for 57, Morgan holed out to deep mid-wicket for seven and Rahul Tripathi was held behind for five.

Then, left-armer Krunal completed a miserly spell of 1-13, which included having Shakib Al Hasan sweep to deep square leg.

It was left to experienced pair Russell and Dinesh Karthik, who were still together at the beginning of the final over but, by that point, Kolkata did not know where the next run was coming from.

The result continues Mumbai’s dominance over Kolkata, with the five-time champions now having won 22 of 28 completed games.