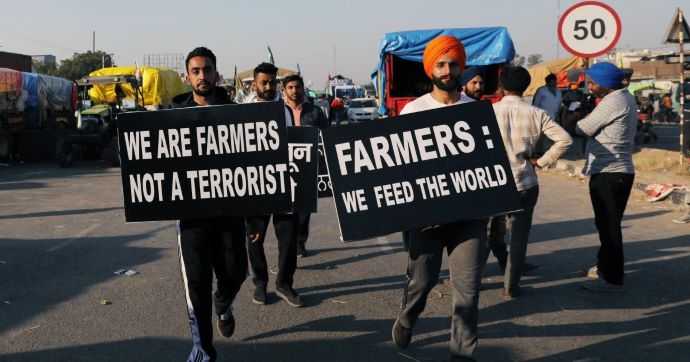 For days, thousands of Indian farmers have been blocking highways leading into New Delhi, defying police tear gas, water cannon and baton charges. They have travelled hundreds of kilometres by bus, tractor or on foot to protest against new agricultural laws they say will ruin them.

The government says the laws will bring new investment after decades of stagnation.

“We’ve always suspected the government’s intentions because the government has become a slave of the corporates,” Sukhwinder Singh Sabhra, a farmer, said. “They want to turn us into slaves as well.”

The farmers rejected a government offer of talks on Saturday that came with the condition that protests be moved to a designated area.

“Given that around half of India’s 1.3bn people work in the agriculture sector, there is a lot of support and a lot of sympathy for these farmers,” said Al Jazeera’s Elizabeth Puranam, reporting from New Delhi.

“Meanwhile, we have heard from Prime Minister Narendra Modi, and he has defended these farm laws, saying that they are in the interest of farmers … But farmers don’t see it that way, they think that these laws will see the removal, the end, of guaranteed minimum prices for their produce.”

Food has run out for Eritrean refugees in Tigray camps, UN warns