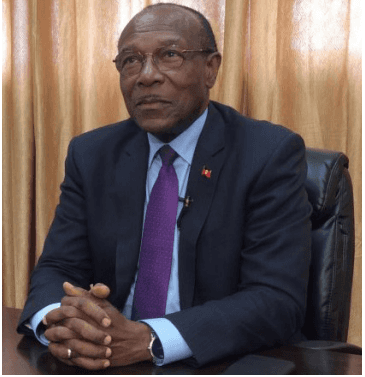 The 27th March will mark one year since COVID-19 announced its arrival in Antigua and Barbuda with the first diagnosed case; ironically, a medical doctor in private practice.

It was with this arduous anniversary in mind that Minister for Health and Wellness Sir Molwyn Joseph delivered a special address to Parliament on Thursday.

He had earlier, on Wednesday during their regular weekly meeting, spoken to his fellow Ministers of Government about the “calculated risks” that Cabinet must face in responding to vaccine supply challenges, stressing that those risks would have to be managed as they could not be entirely avoided.

He informed the House of Representatives that “In less than two weeks we succeeded in vaccinating 19,500 people in Antigua and Barbuda – one of the most successful rollouts of vaccines within the Caribbean, and even North America … and by the end of this day, we would have vaccinated over 20,000 Antiguans and Barbudans – which is half of the doses we have. And, for this vaccine, we must reserve the second dose for all who have received the first dose.”

But, Minister Joseph pointed out, “We have not yet covered all the vulnerable groups … and we have several of our frontline workers who must also be vaccinated. The question we must ask now is ‘where will we get the vaccines beyond the 20,000 that we have reserved for the second dose?’ … The technical people in my Ministry are of the view that we should not use any of the 20,000 that we have reserved. In other words, vaccination should cease in Antigua and Barbuda. That’s the technical recommendation.”

According to Sir Molwyn, “The distribution of vaccines is not a clinical issue, it is a management issue … Even though we have not [yet] vaccinated all of [those over 65], whether or not we should cease … and in serious deliberations within the Cabinet … the decision was made that we must continue vaccinating the vulnerable within Antigua and Barbuda.”

The Minister said it was understandable that some would see such an approach as risky, but the rationale could easily be explained.

Said Sir Molwyn: “Every person who has received the first dose, is due to get the second dose between May and June. So we have between now and [then] to acquire more vaccine, so that we can guarantee continuation of the vaccination programme, as well as to ensure that come May and June, vaccines are there for the second dose. We have been advised by COVAX and PAHO that there will be 14,800 additional doses delivered to Antigua and Barbuda by the end of this month.”

He continued: “And so we have decided … that we will take half of that 14,800 – to be specific, we are going to take 7,000 of that allocation – and we will continue vaccinating our citizens and residents, the vulnerable, the priority, and anticipate that before the end of May or June we would have been able to acquire vaccines to guarantee that everyone can get their second dose.”

Minister Joseph expressed the view that it would unconscionable “for us to have vaccines now and not administer them to people who are vulnerable” such as the elderly.

Minister Joseph explained that Antigua and Barbuda should give consideration to vaccines developed by non-traditional sources such as China and Russia, because it does not make sense to limit procurement from only the Western nations such as the US and UK when supplies are so urgently needed.