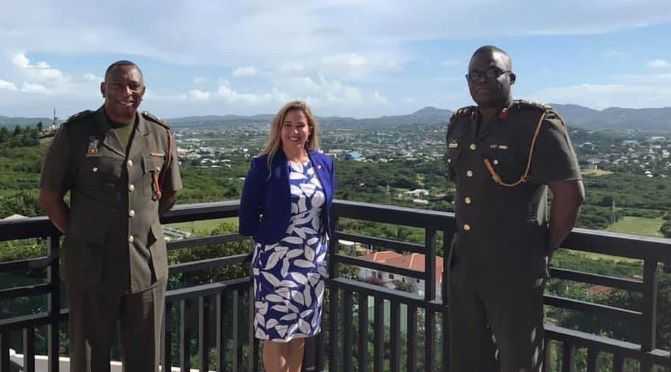 The two-hour virtual forum, hosted by General Carter provided an opportunity for high level engagement between the UK and regional defence chiefs, with a focus on advancing discourse on strategic priorities between the UK and Caribbean militaries.

Colonel Benjamin said that the forum was very informative and will result in significant benefits for the military in Antigua and Barbuda and across the region.

“The outcome of this forum will ensure the advancement of the ABDF and the development of our officers and other ranks, particularly in the fields of training and mutual cooperation,” Colonel Benjamin stated.

More than 500 homes affected by the flood