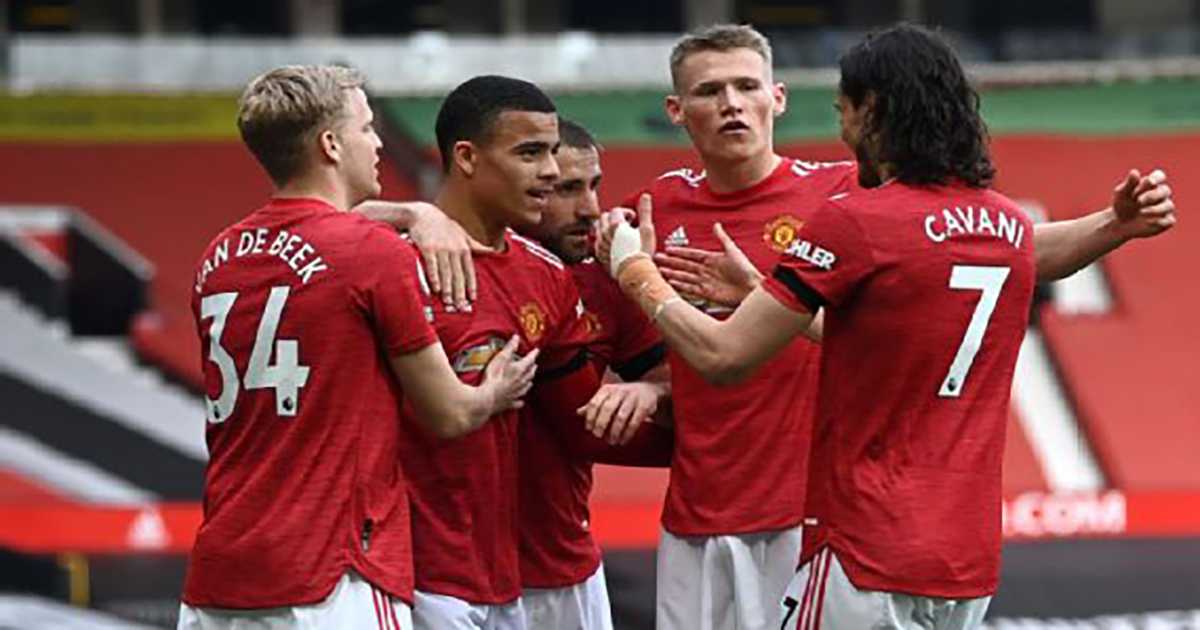 It is the same situation that faced City when chasing United in 2012 … and we all know how that finished.

Lightning is unlikely to strike twice, but if nothing else, United backed up Ole Gunnar Solskjaer’s claim that they would do everything in the final weeks of the season to put pressure on Pep Guardiola’s team. It would take a monumental collapse, but that will not stop plenty of United fans keeping an eye on City’s trip to Aston Villa on Wednesday.

For a while on Sunday, it looked as if that would be unnecessary after James Tarkowski headed an equaliser to cancel out Mason Greenwood‘s opener.

But goals from Greenwood and Edinson Cavani in the final six minutes handed United a first home win over Burnley since 2015 and added some extra intrigue around the game at Villa Park.

The scorer of a stoppage time winner in a Champions League final, Solskjaer knows all about the value of refusing to throw in the towel.

“I am really proud that we never give up and we have proven so many times this season our fitness and resilience,” he said. “We came back last week [against Tottenham] and we scored three goals. We scored three goals in the second half again [against Burnley].

“The title is probably unrealistic but stranger things have happened in football,” United’s manager added. “We just have to do our job.”

Solskjaer knows United do not celebrate achievements unless they come in the form of silverware, but with the title all but out of reach, his team are nevertheless closing on a notable first during the post-Sir Alex Ferguson era.

United have matched their points total, 66, for each of the last two seasons and, with a 12-point lead over fifth-place Chelsea, are set to guarantee Champions League qualification, which will also mark consecutive top-four finishes for the first time since Ferguson retired in 2013.

Louis van Gaal and Jose Mourinho – winners of 15 domestic titles around Europe and three Champions Leagues between them – are two of the three men to have failed where Solskjaer, whose credentials as United manager are regularly questioned, looks set to succeed.

It is not a milestone that will have champagne corks popping in the Norwegian’s office, but it is noteworthy nonetheless.

At the very least, it suggests United are more consistent. The next step is to challenge for the title regularly and, ultimately, win it.

Although that is easier said than done, Solskjaer appears to have built a platform.