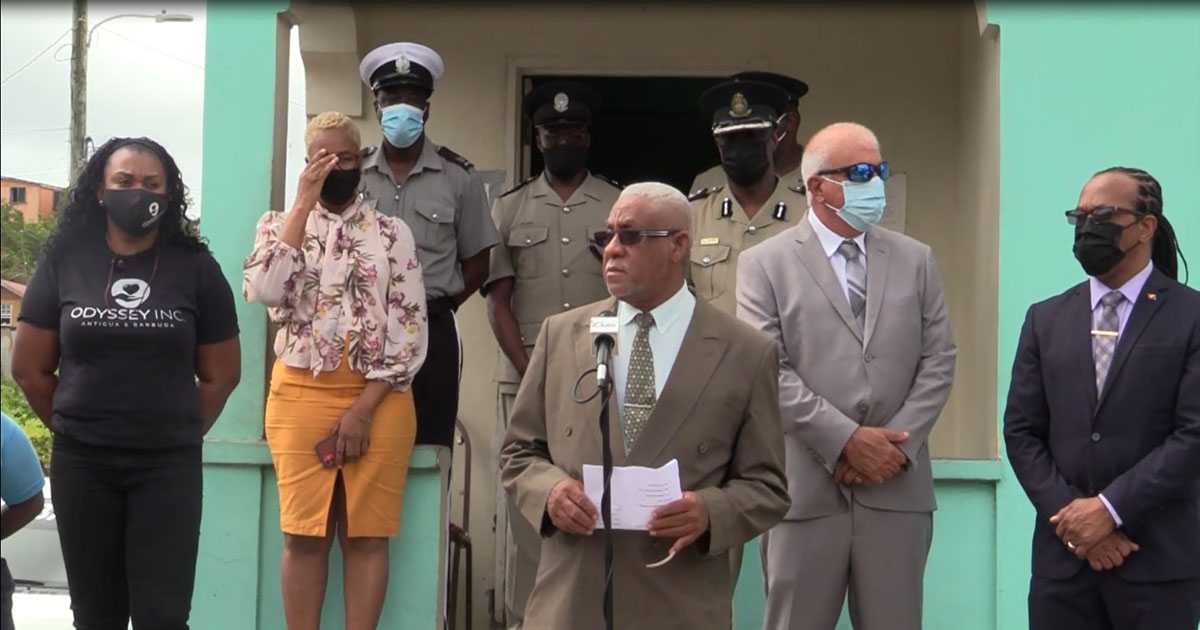 Male senators of the governing Antigua and Barbuda Labour Party (ABLP) on Monday made their presence felt outside the Parliamentary chamber in a significant and commendable way.

As a result, the station has been outfitted with greatly welcomed two new desktop computers and monitors; two uninterrupted power supplies (UPS); two printers; four additional printer ink cartridges; two packs of printing paper; one water tank; one air condition split system; one water pump and pressure tank; one battery for the backup electricity generator; desks and chairs; and a supply of paint to give the station a facelift.

The Odyssey group will carry out the paint job.

Also present among the ABLP men of the Senate was businessman Phillip Shoul, while the police high command was represented by Deputy Commissioner Everton Jeffers.

The ABLP Men of the Senate say they are pleased to undertake such initiatives and have vowed to continue their efforts at building strong communities.