GOP offers $928B on infrastructure, funded with COVID aid 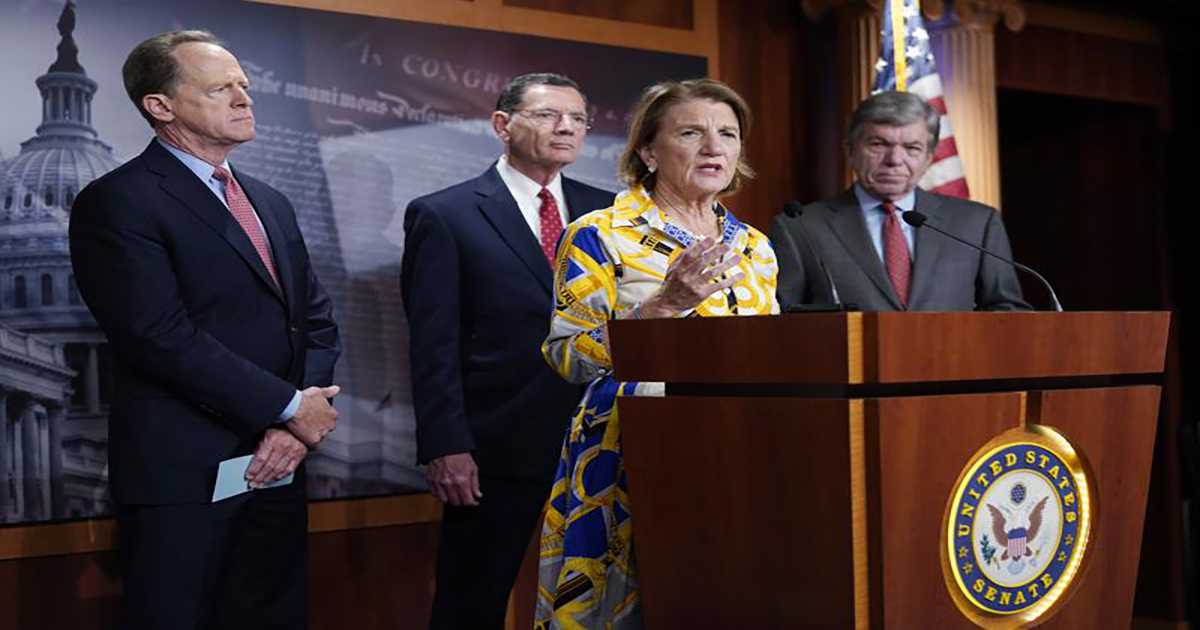 WASHINGTON (AP) — Republican senators outlined a $928 billion infrastructure proposal Thursday that would tap unused coronavirus aid, a counteroffer to President Joe Biden’s more sweeping plan as the two sides struggle to negotiate a bipartisan compromise and remain far apart on how to pay for the massive spending.

The Republican offer would increase spending by $91 billion on roads and bridges, $48 billion on water resources and $25 billion on airports, according to a one-page summary released by the GOP negotiators. It also would provide for one-time increases in broadband investments, at $65 billion, and $22 billion on rail.

The Republican senators said their offer delivers on “core infrastructure investments” that Biden has focused on as areas of potential bipartisan agreement. But their overall approach, up from an initial $568 billion bid, received a cool response by Democrats and the White House.

With about $250 billion in new spending, the GOP plan falls short of the more ambitious proposal outlined in the president’s American Jobs Plan. In earlier negotiations, Biden reduced his $2.3 trillion opening bid to $1.7 trillion.

Biden, in an economic address later Thursday in Cleveland, planned to present “head-on” the choice before Congress and the country, according to a White House official, and will frame the argument as whether Americans want to keep giving breaks to corporations or invest in modernizing infrastructure. The official was not authorized to publicly discuss Biden’s remarks before the president’s speech and spoke on condition of anonymity.

Investing in infrastructure is a top legislative priority for Biden. Talks are at a crossroads before a Memorial Day deadline to make progress toward a bipartisan deal. The White House is assessing whether the president can strike the contours of an agreement with Republicans or whether he will try to go it alone with Democrats if no progress is made in the coming days.

Under Biden’s initial proposal, there is more than $300 billion for substantial upgrades to public schools, Veterans Administration hospitals and affordable housing, along with $25 billion for new and renovated child care centers.

Call for unity between Caribbean countries and Africa