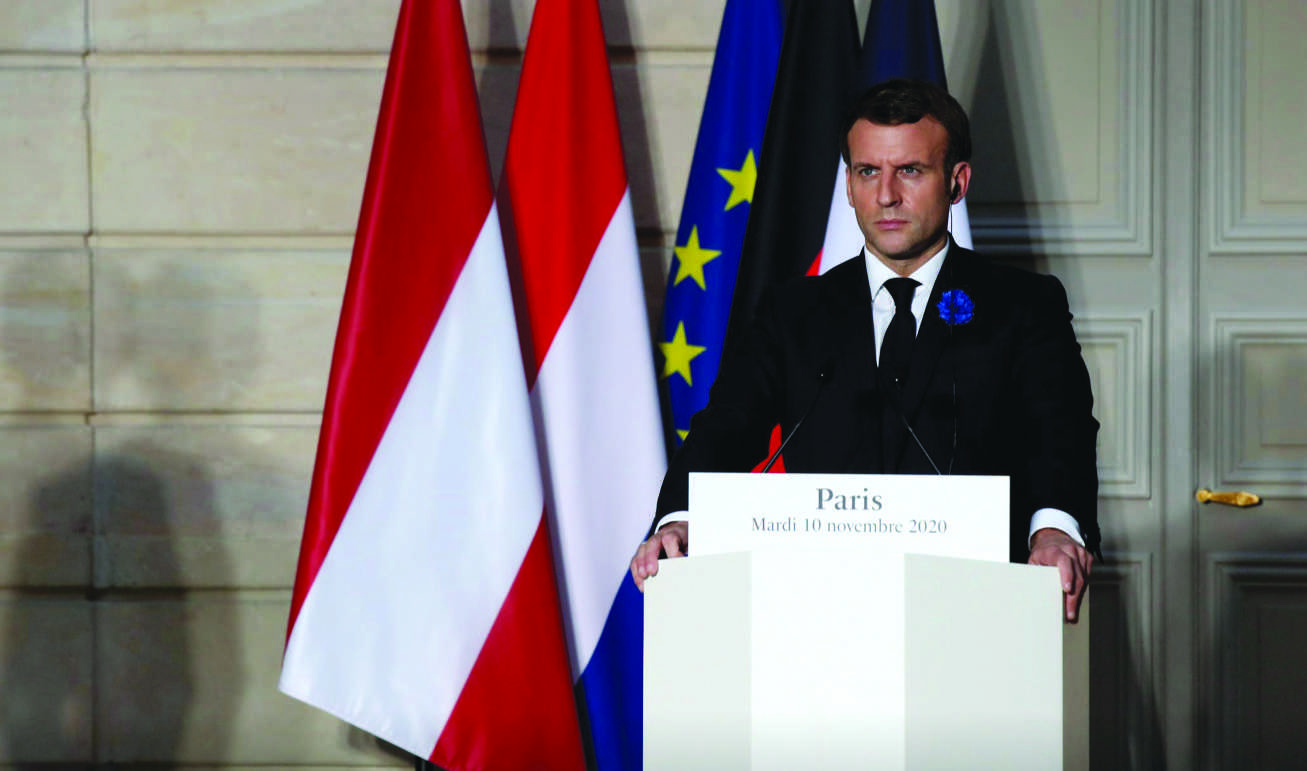 BERLIN/PARIS (Reuters) – France and Germany pushed on Tuesday to tighten European Union borders to head off what French President Emmanuel Macron called the “threat of terrorism” after suspected Islamist militants killed eight people in Paris, Nice and Vienna within a month.

The attacks refocused the EU’s attention on religious extremism, which fell off the top of the political agenda after the 2017 defeat of Islamic State forces in the Middle East.

The attacks in Nice and Vienna involved assailants who moved freely between Schengen countries.

“The threat of terrorism weighs on all of Europe. We must respond,” Macron said after discussing the matter with Merkel, Austrian Chancellor Sebastian Kurz, Dutch Prime Minister Mark Rutte and top officials in Brussels, the EU hub.

“To reform Schengen is to allow free movement in security.”

Merkel sided with Macron in demanding stricter controls along the external frontier of the Schengen area, which brings together 26 countries, including most EU members as well as Iceland, Norway, Switzerland and Liechtenstein.

“It is vitally necessary to know who comes in and who leaves the Schengen area,” she said.

National security concerns, chaotic migration into the EU from the Middle East and Africa in recent years and most recently the coronavirus pandemic have led to the re-emergence of some border controls in the Schengen zone, eroding what has been hailed as a milestone achievement in Europe’s post-World War Two integration.