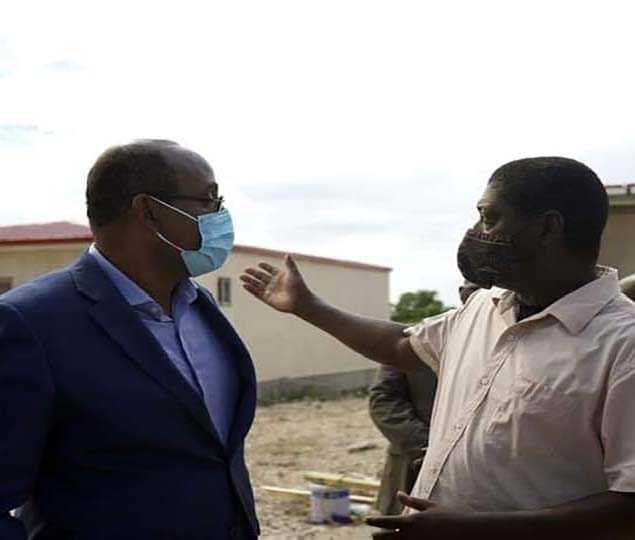 Four (4) families will receive keys to their temporary homes as a part of the relocation process at the temporary housing project at Bay Street, Villa, on Tuesday, 23rd March 2021.  This is according to Permanent Secretary of the Ministry of Works, Clarence Pilgrim.

The homes at Bay Street are said to be three-bedroom houses, approximately twelve hundred square feet in size, with a combination of reinforced concrete, cement base foam panels, metal trusses with angle iron, foam galvanize, metal doors, and windows.

The project will also see a single concrete road, drains, and walkways, which will also be constructed in the upcoming days.  All homes are said to have electricity, water, and internet infrastructures in place.

The official key-handing over ceremony on Tuesday will see Prime Minister Gaston Browne and officials from the Ministry of Works present, as well as the families benefitting from this project.

In January, Prime Minister Browne visited Booby Alley residents to provide them with an update on the major housing renewal project being undertaken.

During the walkthrough of the area, PM Browne, who is also the parliamentary representative for St. John’s City West, used the opportunity to advise constituents on the relocation plans and progress.

After the walkthrough, the Prime Minister, along with ministry officials from the Ministry of Works, took a tour of the temporary houses currently being built on Lower Bay Street that will be used to house residents during the relocation process.

Pictures were taken during the development process: