Food has run out for Eritrean refugees in Tigray camps, UN warns 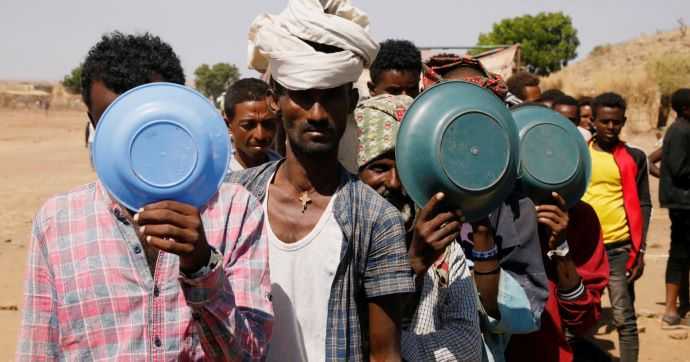 AlJazeera – The United Nations has sounded the alarm over the severe effect of food shortages on the thousands of Eritrean refugees sheltering in camps in Ethiopia’s restive Tigray region, requesting “urgent access” to be able to deliver badly needed aid.

Communications and transport links to Tigray have since been severed, and the UN and humanitarian agencies have pleaded for access to provide food, medicines and other supplies in the camps that sheltered nearly 100,000 Eritreans before the hostilities began.

“We, as humanitarians, have lost access and contact with the refugees since the last month that this fighting has been ongoing,

and now there are worrying reports of attacks, of abductions and also of recruitments in and around these refugee camps,” UN refugee agency spokesman Babar Baloch told Al Jazeera on Tuesday.

“We are asking for urgent access to these refugee camps,” he said. “There are also worrying reports that many refugees may have left the camp looking for safety and assistance including food in other areas of the Tigray region.”

Addressing reporters in Geneva earlier on Tuesday, Baloch said “concerns are growing by the hour.”

“The camps will have now run out of food supplies – making hunger and malnutrition a real danger, a warning we have been issuing since the conflict began nearly a month ago.”

Abiy, last year’s Nobel Peace Prize winner, has rejected the idea of dialogue with the TPLF leaders, who are on the run but say they continue to fight even after the government over the weekend declared victory in the deadly conflict after announcing the seizure of the regional capital, Mekelle.

Ethiopia’s government has said it will create and manage a “humanitarian corridor” for the delivery of aid, but the UN wants access that is neutral and unhindered.

The UN has said some two million people in Tigray now need assistance – a doubling from the number before the fighting – and some one million people are displaced, including more than 45,000 Ethiopians who have fled into Sudan as refugees.

On Sunday, a rare report by the International Committee of the Red Cross from inside Mekelle said hospitals and health facilities in the city are struggling to care for people wounded in the conflict as medical supplies run dangerously low.