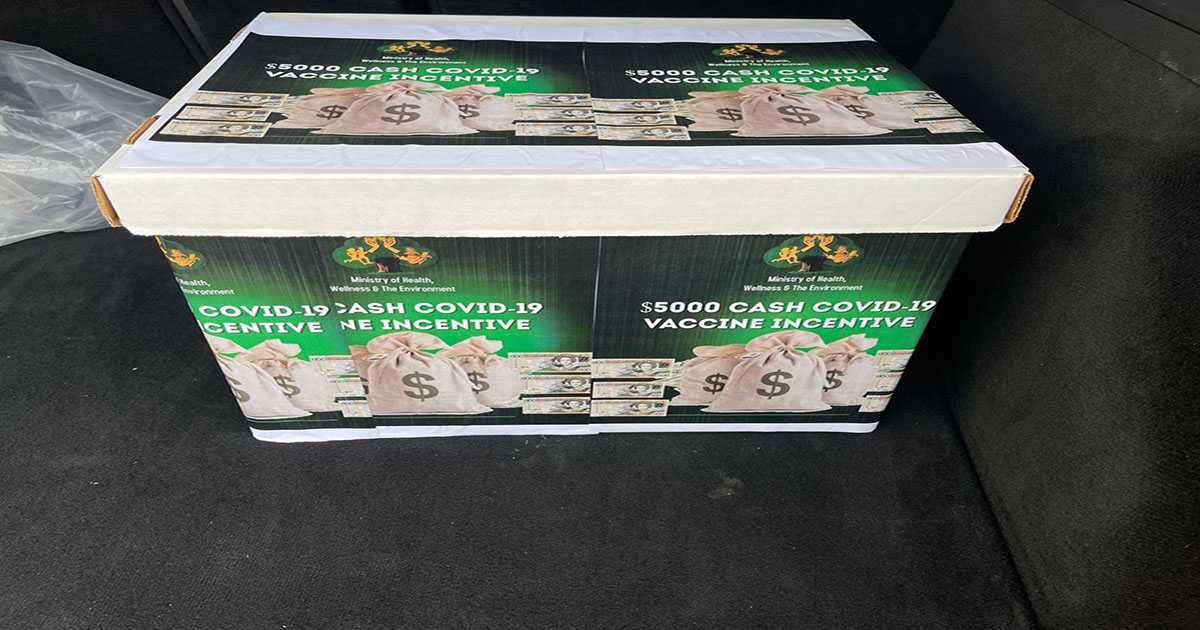 The first of four (4 winners) in the government’s Five Thousand Dollars ($5,000) cash for vaccine incentive was announced last evening, Sunday 20th June during a live broadcast on State media, ABS.

Ervington Telemaque was the lucky winner in one of the Government’s major incentives towards encouraging the public to turn out and get vaccinated.

According to the Director-General of Communications, Maurice Merchant, who facilitated the raffle, “The draw is between the period of the 7th of June and 19th of June. Between that period there were four thousand, nine hundred and forty-three (4,943) persons who would’ve been vaccinated.”

Raquel Glynn, a partner at global accounting firm BDO, is said to have audited all 4,943 names that were entered into the draw last evening to ensure the correct names were entered. The auditor also appeared live on set as she placed the names in the raffle box for transparency.

During the raffle selection, Merchant reminded the general public that all four public vaccination centers are open throughout the week. They are the Villa Polyclinic, the Glanvilles Polyclinic, The Precision Center, and the Multipurpose Cultural and Exhibition Center. He also used the opportunity to state that persons who were scheduled to receive their second dose in the month of July can do so during June.

The $5000 raffle is one out of a series of private and public incentives to vaccinate. Epicurean Fine Foods and M&M Service Station collaborated with the Ministry of Health to offer vouchers, among others.

According to Cabinet Notes, “The inducements to vaccinate include the raffle of a parcel of land at Judges Hill, valued at more than EC$68,000. All those who present themselves for first or second-dose vaccinations are eligible for the raffle. Non-nationals who are out-of-time and who present themselves for vaccination will receive an extension of four months. The Cabinet has made arrangements with the Immigration Department to eliminate several requirements: i. the purchase of a return ticket; ii. presentation of a police report; and iii. full payment of arrears (a payment plan is to be applied).