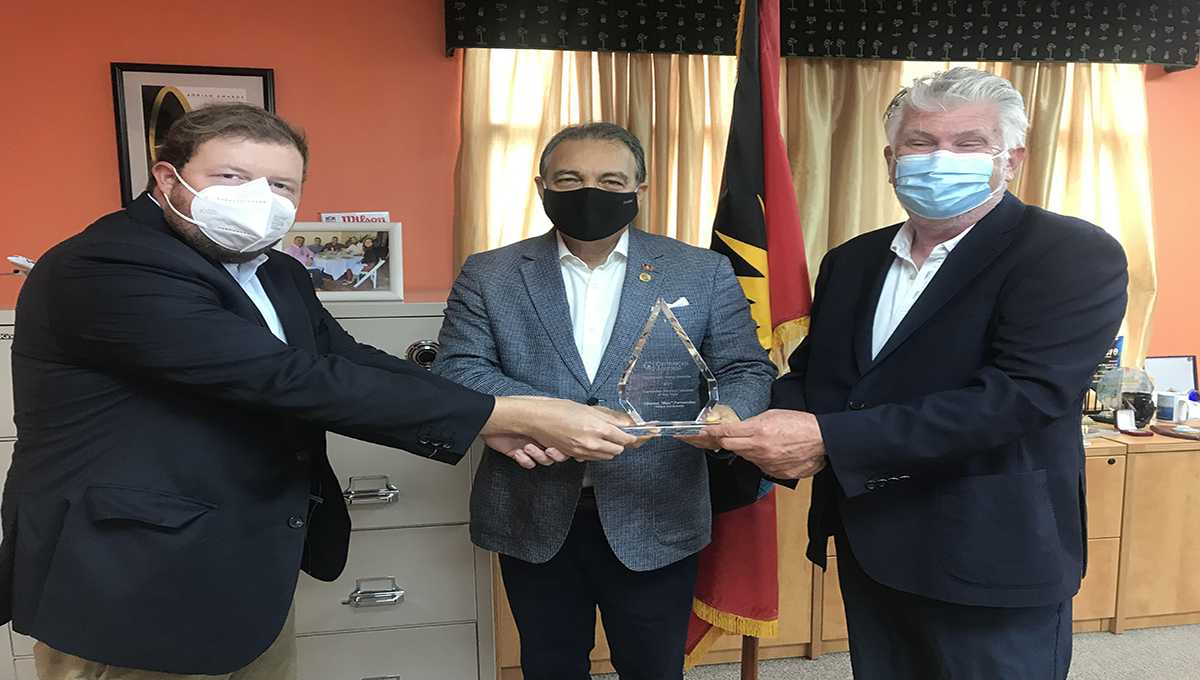 This comes as the executives of Caribbean Journal (an online Caribbean tourism-centric news magazine) officially presented Fernandez his award in honour of the achievement of Caribbean Tourism Minister of the year 2020/2021.

Executive Vice President, Guy Britton, and Editor in Chief and Founder of the magazine, Alexander Britel, both extended hearty congratulations to Minister Fernandez who won the award based on his management of Antigua and Barbuda’s tourism industry during the COVID-19 crisis.

Antigua was the first Caribbean country to re-open its borders to international flights in June 2020 (months after a complete lock-down). This came following major restructuring alongside the compilation of official COVID-19 protocols to govern different aspects of the industry.

Minister Fernandez commits the award to all the members of his team within the Ministry of Tourism as well as all the workers within the tourism industry in Antigua and Barbuda who have worked assiduously to keep the sector alive.