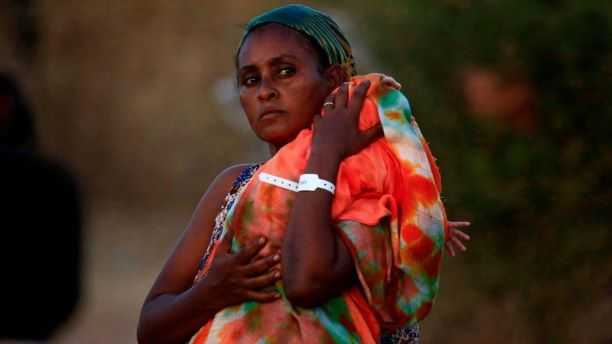 BBC News – The Ethiopian army has told residents of the northern region of Tigray to “save themselves” as government troops advance on the capital, Mekelle.

“Free yourselves from the junta… there will be no mercy,” he said.

The Tigray People’s Liberation Front (TPLF), which controls the mountainous region, has vowed to keep fighting.

“On south front, they couldn’t move an inch for more than one week. They [are] sending waves after waves but to no avail,” he added.

The government said its troops took over some key towns last week, however, information is difficult to confirm and claims cannot be independently verified because phone and internet connections have been down since the beginning of the conflict.

The conflict has reportedly killed hundreds and displaced thousands in recent weeks.

The UN has warned it could trigger a humanitarian crisis.

On Friday, South Africa’s President Cyril Ramaphosa, in his capacity as the African Union Chairperson, announced the appointment of three former presidents to lead talks to end the conflict, but Ethiopia has rejected the offer because it sees the operation as an internal “law enforcement” mission.

“We don’t negotiate with criminals… We bring them to justice, not to the negotiating table,” Mamo Mihretu, a senior aide to Prime Minister Abiy Ahmed told the BBC.

The conflict is rooted in longstanding tension between the Tigray People’s Liberation Front (TPLF), the powerful regional party, and Ethiopia’s central government.

When Mr. Abiy postponed a national election because of coronavirus in June, tensions escalated. The TPLF sees the central government as illegitimate, arguing that Mr Abiy no longer has a mandate.

On 4 November the Ethiopian prime minister announced an operation against the TPLF, accusing its forces of attacking the army’s northern command headquarters in Mekelle.

TPLF has rejected the claims.

Its fighters, drawn mostly from a paramilitary unit and a well-drilled local militia, are thought to number 250,000.

Americans could get COVID-19 vaccine in early December