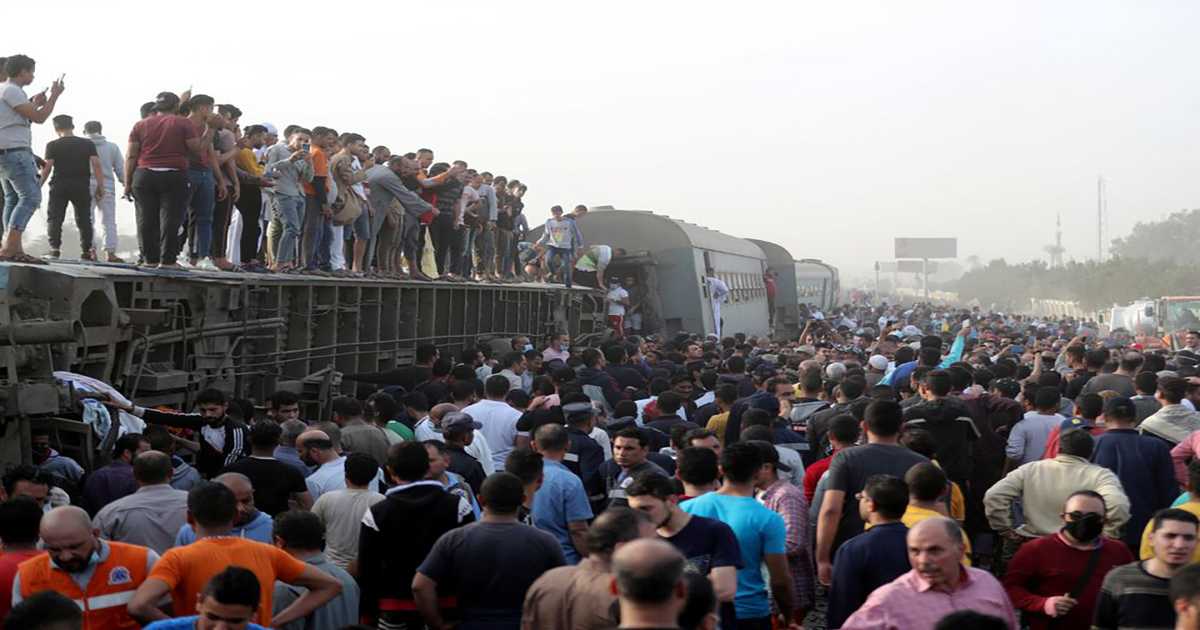 Reuters – Eleven people were killed and 98 injured on Sunday in a train accident in Egypt’s Qalioubia province north of Cairo, the health ministry said in a statement.

The train was heading from Cairo to the Nile Delta city of Mansoura when four carriages derailed at 1:54 p.m. (11:54 GMT), about 40 km (25 miles) north of Cairo, Egyptian National Railways said in a short statement.

The cause of the accident is being investigated, it added.

More than 50 ambulances took the injured to three hospitals in the province, the health ministry said.

The derailing is the latest of several recent railway crashes in Egypt. At least 20 people were killed and nearly 200 were injured in March when two trains collided near Tahta, about 440 km (275 miles) south of Cairo.

Fifteen people were injured this month when two train carriages derailed near Minya al-Qamh city, about 70 km north of Cairo.

Egypt’s transportation minister Kamel El-Wazir, a former army general, has faced calls to resign from some Egyptians on social media. He has rejected these and vowed to keep working on developing the ageing rail network.