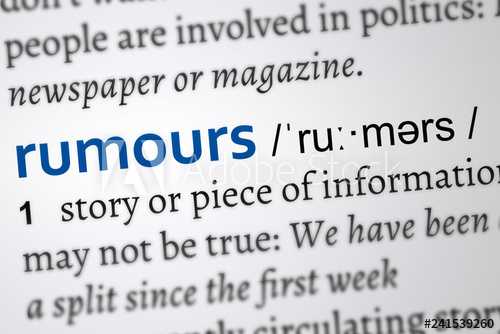 In our last issue (Monday February 1st, 2021), highly respected physician, Dr. Lester Simon, sought to put to rest the many rumours that have been circulating in the country, almost from the start of the pandemic, that the Ministry of Health, and by extension the government, is hiding the true figures regarding COVID-19 infections.

This hyperactive rumour mill ignores the fact that the data presented by the government regarding the number of positive cases was information provided by the Caribbean Public Health Agency (CARPHA), a highly respected regional body, over which the Antigua and Barbuda government has no control.

In more recent times, the Mount St. John’s Medical Centre (MSJMC) developed its own capabilities to conduct the PCR COVID-19 tests and since then its work has been done in close collaboration with CARPHA.

As Dr. Simon stated clearly in his article, hiding data takes much effort and he is too busy managing a department that is at the centre of a crisis to be engaged in such nefarious activities.

Other government officials have stated about the same thing, yet social media posts continue to raise doubts and to openly accuse ‘officialdom’ of manufacturing data regarding the rate of infection in the country.

The rumour mill has not been able to point to a single fact or evidence to support the claim, yet there are some who speak with much ‘authority’ when they make these unfounded claims.

As a matter of fact, using a simple extrapolation, one can easily demonstrate that the rumours are totally unfounded and without a scintilla of merit. If the number of COVID-19 cases is much higher than the authorities are reporting, how come there has not been a corresponding rise in the number of serious cases that require hospitalization? Statistics show that about fourteen per cent of COVID-19 cases require hospitalization. Fourteen per cent of a higher number than is being reported would certainly have resulted in a higher number of persons requiring hospitalization. But that has not happened. It follows, therefore, that the spurious idea that the very capable professionals are concealing data is nothing but hogwash.

Rumours, innuendos and half-truths surrounding a matter as serious as the COVID-19 pandemic are not things to be taken lightly; they have serious consequences. Antigua and Barbuda has just emerged from its worst month with regard to the number of new positive cases reported since the start of the pandemic. Much of this could be related to what has been described as ‘health protocol fatigue’ as many have become restless and wary of constantly having to adhere to the health protocols such as the constant wearing of masks and social distancing, among other things.

Many have openly flouted the regulations with gay abandon. As these activities increased so too has been the rise in the number of positive cases. Unfortunately, there are some whose ‘restlessness’ could lead them to engage in the type of behaviour about which the health authorities have warned.

If there is a sense that the figures are been rigged one way or another it may give some people cover to act in a manner that may be injurious to themselves and to others. Those who have initiated these rumours or who may have been engaged in helping to spread these untruths should understand that they are not doing themselves or anyone else any favour by engaging in this practice. In short: please cease and desist!