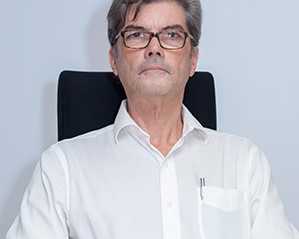 The decision by the United Kingdom and the United States authorities to introduce new restrictions for people entering their countries is having a negative impact on the hotels sector in Antigua and Barbuda, already hit hard by the COVID-19 pandemic now into its tenth month.

Newly appointed chairman of the Antigua and Barbuda Hotel and Tourisism Association (ABHTA), Alex De Brito, said the decision has created a ‘huge challenge’ for hoteliers who have to be constantly making adjustments almost on the daily basis.

“We are suffering from the restrictions introduced in our two major source markets – the UK and the US – which now require negative COVID-19 tests for reentry into these countries. No one will be allowed to board a flight into these countries without the certificate of a negative test,” he explained.

The ABHTA chairman however disclosed that there has been close cooperation between the association, the ministries of health and tourism, along with the Mount St. John’s Medical Centre (MSJMC) to have these tests done for returning guests.

These efforts have resulted in the completion of tests for those travellers who are returning to the UK today to be able to complete the tests and the results returned in time for them to travel.

He said these measures will face further challenges when the restrictions for return travel to the US take effect on 26th January.

According to De Brito, hotels across the country have seen fall-off in bookings, along with cancellations, since the announcement from the major source markets. At least one hotel, Blue Waters, has announced its temporary closure, a move to cope with the impact of the new restrictions.

Flights from the UK have been affected as one of the two carriers – Virgin Atlantic – has announced that it will curtail flights until March. The airline cited falling demand and low bookings as a reason for the decision.

The other airline operating the route – British Airways – has reduced its flights from four a week down to two.

The ABHTA chairman said most hotels are trying to stay open at least for the next few weeks as the hope is that the UK government will lift its restrictions on non-essential travel in mid-February. The hotels are also hoping that the new Biden Administration, which takes office in the US today, may adopt policies that will ‘ease’ the strain on travellers from that country.

He described the current situation as ‘fluid,’ stating that it is difficult to make any predictions about what to expect in the future.