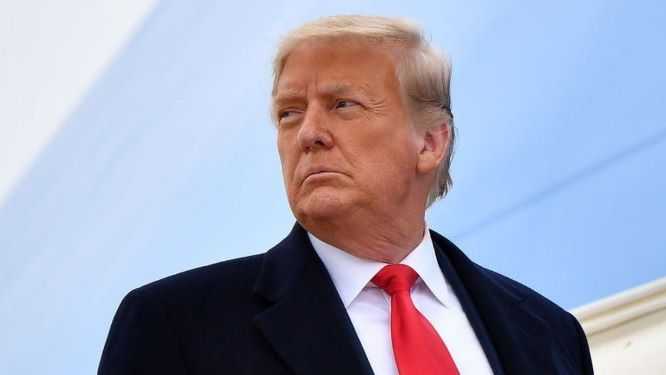 Former US President Donald Trump has parted ways with lawyers representing him in his impeachment trial in the Senate, US media report. The departure of Butch Bowers and Deborah Barbier was reportedly a mutual decision.

Senators will be asked whether to convict him on a charge he incited insurrection at the US Capitol on 6th January, when five people died.

Greg Harris and Johnny Gasser, two former federal prosecutors from South Carolina, have also left the team, the Associated Press reports. They were reportedly unwilling to defend Mr. Trump on the basis of alleged election fraud.

Josh Howard, a North Carolina attorney who was recently added to the team, has also left, CNN reports.

It is now unclear who will represent Mr. Trump during the trial.

“We have done much work, but have not made a final decision on our legal team, which will be made shortly,” tweeted Trump advisor Jason Miller in response to the reports.

Mr. Trump is the first president in history to be impeached twice. He was impeached by the House in 2019 over his dealings with Ukraine, but acquitted by the Senate.

Now he is accused of inciting a mob that stormed Congress after he repeated false claims of election fraud. But it is likely he will be acquitted again.

A total of forty-five out of fifty Senate Republicans voted this week to consider stopping the trial before it even started on the grounds that presidents cannot face impeachment trials once they have left office.

It would take seventeen Republican senators breaking ranks and voting alongside the fifty Democrats to convict the former president, potentially leading to his prevention from running for federal office ever again.