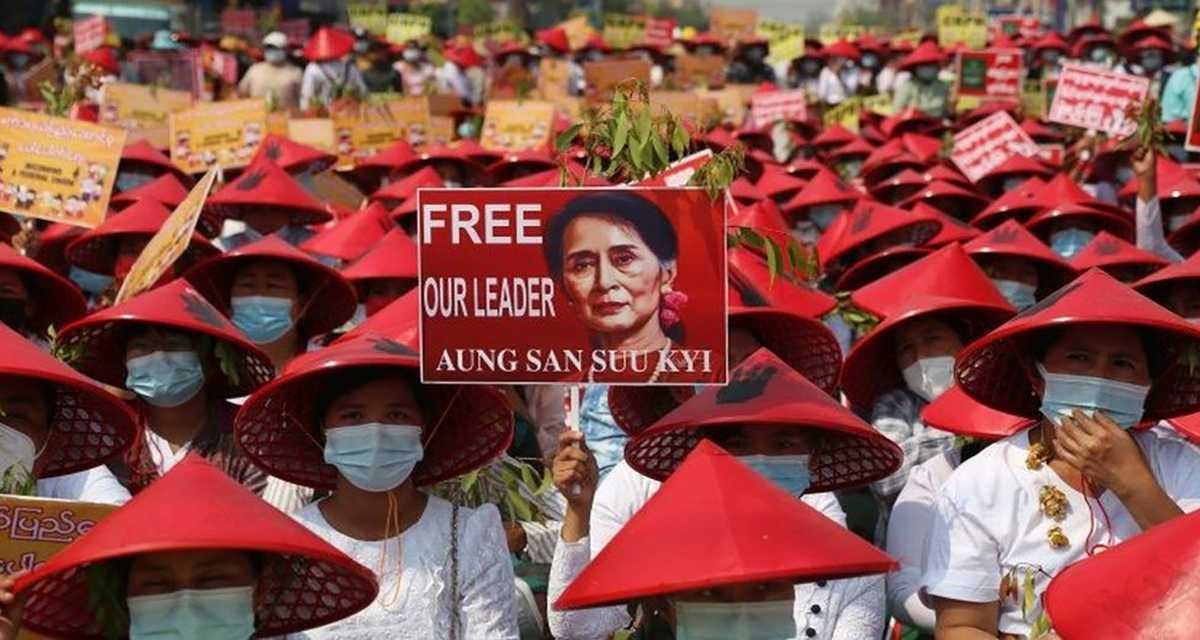 (BBC): Police have fired on protesters in Myanmar killing at least eighteen, the UN human rights office says, on the deadliest day of anti-coup rallies. Deaths were reported in several cities including Yangon, Dawei and Mandalay as police used live rounds and tear gas.

Social media footage from Sunday showed protesters running away as police charged at them, makeshift roadblocks being erected, and several people being led away covered in blood.

The police crackdown was expanded on Sunday as coup leaders sought to quash a civil disobedience campaign that has shown no sign of ending. A few minutes later, more protesters occupied the road, blocking the area with shields and carts and readying themselves to take on the police. Many more arrived, sitting down on the road and chanting.

Two people were shot dead here and one was badly injured. But the people did not retreat.

The United Nations Human Rights Office condemned the violence against protesters, saying it had “credible information” that at least eighteen people had been killed on Sunday. More than thirty others have been injured. 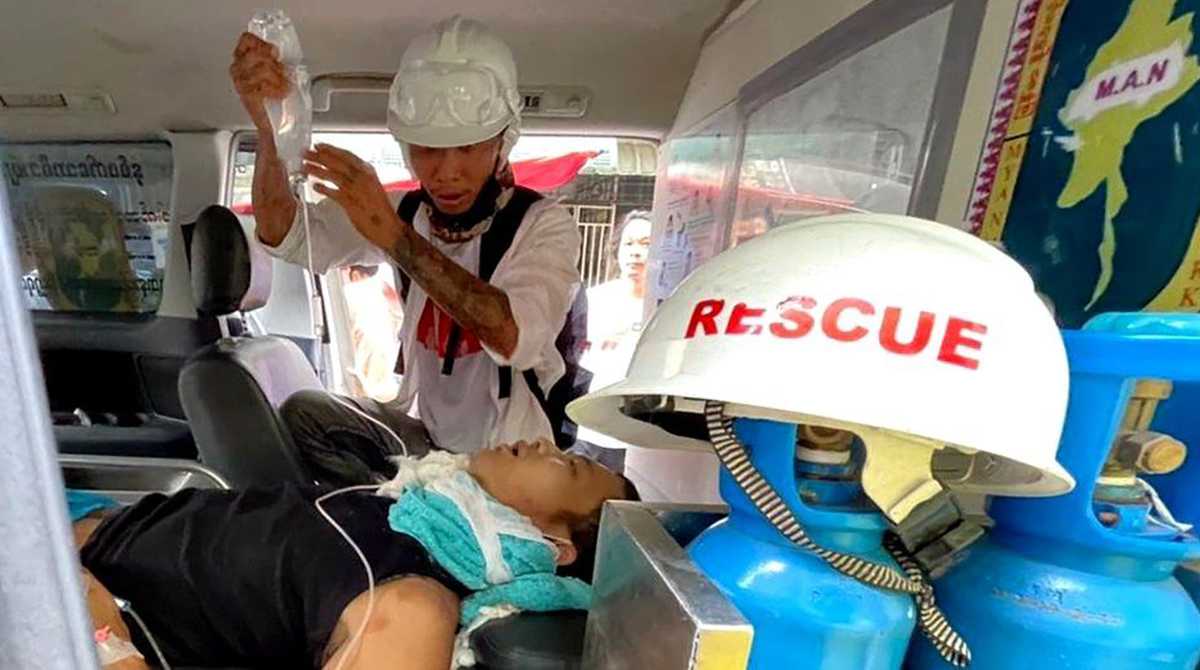 “The people of Myanmar have the right to assemble peacefully and demand the restoration of democracy,” spokesperson Ravina Shamdasani said. “Use of lethal force against non-violent demonstrators is never justifiable under international human rights norms.”

Activists and medical workers said at least four people had been killed in the largest city, Yangon, as police fired bullets, stun grenades and tear gas.

The protesters remained defiant. “If they push us, we’ll rise. If they attack us, we’ll defend. We’ll never kneel down to the military boots,” Nyan Win Shein told Reuters.

Another protester, Amy Kyaw, told AFP: “Police started shooting just as we arrived. They didn’t say a word of warning. Some got injured and some teachers are still hiding in neighbours’ houses.”

Some demonstrators were herded away in police vans.

In the south-eastern city of Dawei, security forces moved to break up a rally. There are reports of live rounds being used. Four people were killed in the city, activists told the BBC.