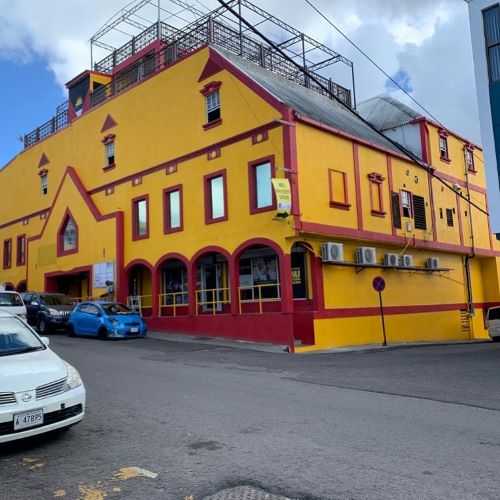 The Twist Mall, located on Redcliffe Street in the former Benjie’s Building, has been ordered to cease operations by the Development Control Authority (DCA).

A DCA spokesman said the property is in breach of planning control. “The DCA being the planning authority empowered to regulate the development of land and building, has taken the decision to cease all operations at the Twist Mall property, until the breaches are remedied and the DCA conducts the necessary assessment and approves the reopening of the property to the general public,” the spokesman said.

The spokesman said the owners of the mall were permitted to operate two floors in the property but that they went ahead and operated a restaurant on the third floor, without prior DCA approval. Additionally, there are said to be breaches of other regulations, including inadequate toilet facilities, open electricity boxes and the absence of an emergency plan.

On Thursday afternoon, DCA presented a letter to a representative of the owners, listing a set of grievances that must be corrected before permission is given for reopening.

The building is said to be owned by Brent Daniel, who is said to be undergoing a period of quarantine following an overseas visit.

The Development Control Authority said it is mandated by law under the Physical Planning Act. No. 6 of 2003 to make provision for the orderly and progressive development of land and to preserve and improve the amenities thereof; for the grant of permission to develop land and for other powers of control over the use of the land; for the regulation of the construction of buildings and other related matters; to confer additional powers in respect of the acquisition and development of land for planning; and for purposes connected with the matters aforesaid.