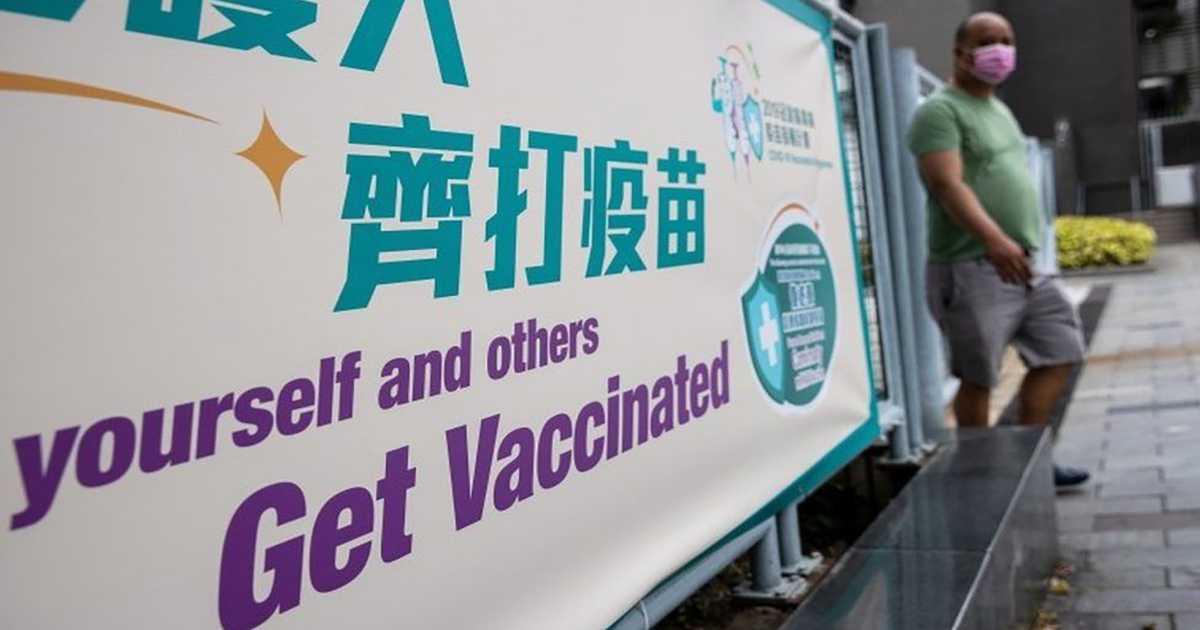 BBC World News –    Hong Kong has warned it could have to throw away vast stores of coronavirus vaccines because of people’s reluctance to have a jab.

The territory currently has around two million Pfizer shots that will be out of date in three months.

Less than 20% of people have had a jab, even though Hong Kong has more than enough doses for the whole population. The low take-up rate has been blamed on a relatively low number of infections and distrust of the government.

An official from the government’s vaccine task force warned that Hong Kongers “only have a three-month window” before the first batch of Pfizer-BioNTech vaccines goes out of date.

“They cannot be used after the expiry date and the community vaccination centres for BioNTech will, according to present plans, cease operating after September,” Thomas Tsang, a former controller of the Centre for Health Protection, told RTHK radio.

He said it was “just not right” that Hong Kong had a huge stockpile of doses while the rest of the world was “scrambling for vaccines”. New doses were not likely to be delivered before the end of the year, he added.

Hong Kong – population 7.5 million – bought 7.5 million doses each of the Pfizer-BioNTech vaccine and China’s Sinovac. Despite this, just 14% of Hong Kongers have received two doses.

Even the territory’s medical sector has been slow to take up vaccines, with its Hospital Authority revealing earlier this month that only a third of its staff had been vaccinated.

Some local politicians have suggested Hong Kong could export unused vaccines to countries in need if take-up does not improve.  It comes as public trust in the Hong Kong government has dropped considerably since a crackdown on pro-democracy protests in 2019.

Last year, China introduced a controversial national security law in the territory, criminalizing secession, subversion and collusion with foreign forces, with a maximum sentence of life in prison.

Antigua and Barbuda Ambassador Chairs OAS for the Second Time