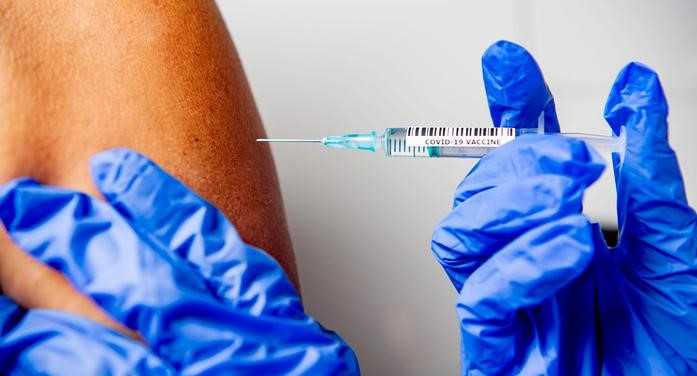 The mass inoculation of persons against the deadly COVID-19 disease in Antigua and Barbuda is slated to begin this morning.

The first five thousand doses of the Oxford-AstraZeneca vaccine, approved and procured for use within the twin-island state, have been donated to Antigua and Barbuda by its fellow OECS and CARICOM member, the Commonwealth of Dominica.

Dominica provided the vaccine supply, sufficient to inoculate twenty-five hundred people, out of supplies received from India where they are mass produced, while Antigua and Barbuda awaits delivery of its own shipments from the Asian sub-continent.

St. John’s has already ordered and paid for 40,000 doses under the World Health Organization (WHO) COVAX facility, with another 40,000 doses promised by the government in Delhi as a donation.

The vaccination programme gets going with a heightened sense of urgency as Antigua and Barbuda has experienced a tremendous increase in the total number of COVID cases since the start of the year, with active cases and hospitalizations rising sharply, most of them non-imported.

The Cabinet met in emergency session on Monday, during which the nightly curfew was extended by two hours to begin at 6:00 p.m. instead of 8:00 p.m. and ending, as previously, at 5:00 a.m.

Cabinet also strengthened the State of Emergency regulations on the size of outdoor gatherings to no more than five persons from the ten previously permitted, subject to the attendant rules of six-feet social distancing between individuals.

Home quarantine and isolation are no longer allowed and all persons requiring such separation due to possible exposure or confirmed infection must do so at approved government facilities.

Further, persons committed to these facilities will be required to wear electronic tracking bracelets that have been acquired to monitor their movement so as to deter and detect instances of absconding or other breaches of compliance.

“There are a number of institutions that will form part of this priority list, but we will be starting with the health workers, to include the doctors and all the other health professionals, nurses as well, on Wednesday morning at the Mount St. John’s Medical Center,” he stated.

“Obviously, the number of persons who are in that first category would also include the police force….” He said members of Cabinet, in order to demonstrate their support for the vaccination programme, “have also indicated a willingness to be part of the second batch of persons” who will be inoculated.

Nicholas was careful to say that ministers are not looking to jump ahead of the queue, but as a means of allaying public fears about the vaccine and inspiring confidence.

“The IT platform that they are going to use has been readied,” he explained. “The general public [to be inoculated later when the main vaccine supplies arrive] will be invited to indicate their willingness to take the vaccine by going online … they will be required to upload their information … and once that information is captured, the Ministry of Health and the vaccination authorities will then schedule an appointment with you, to be able to get the vaccine.”