Celebrating Vigo Blake and the founding of the Bethesda School 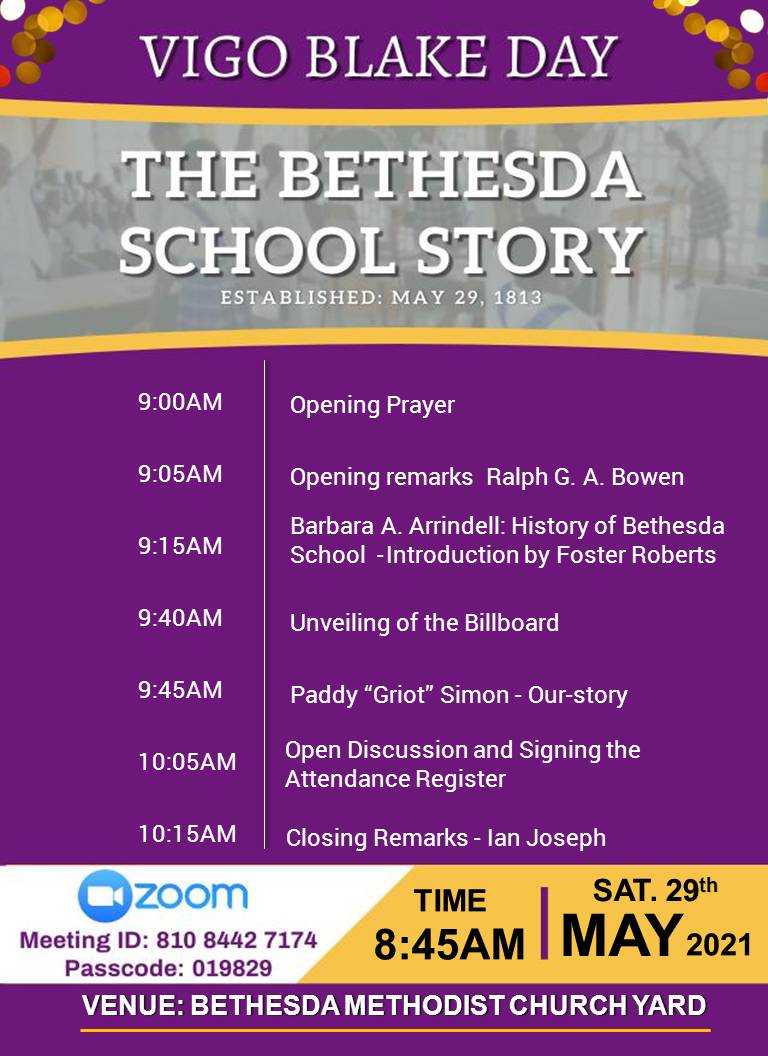 The people of Bethesda and neighbouring communities will participate in a special function tomorrow, Saturday, May 29, to celebrate the life and contributions of ex-slave Vigo Blake, who was instrumental in the founding of the Bethesda Primary School over two hundred years ago.

One of the organizers of the event, villager Ian Joseph said the school opened on May 29, 1813. The school was the first such institution specifically geared to the enslaved peoples and their descendants. Methodist missionaries Charles and Elizabeth Thwaites have long been credited with starting the school, with no mention of Blake’s role in the enterprise.

After researching the matter, it was discovered that the original idea for the school was Blake’s and that it was he who approached the Thwaites and invited their involvement and support. The Bethesda school was the first such institution in the entire British West Indies.

Blake would also feature prominently in the construction of the building to house the school as he and a team of men completed the work in six weeks. The Methodist church today, sits on the exact site of the first school room.

“On May 29th this year, we will be celebrating 208 years of black education.

We will be calling it Vigo Blake Day. We consider this too important an event not to celebrate. We will be having a ceremony and we will be unveiling a sign board to remember the works of our ancestors,” Joseph stated.

Members of the community and other interested individuals are invited to join the unveiling exercise via ZOOM.