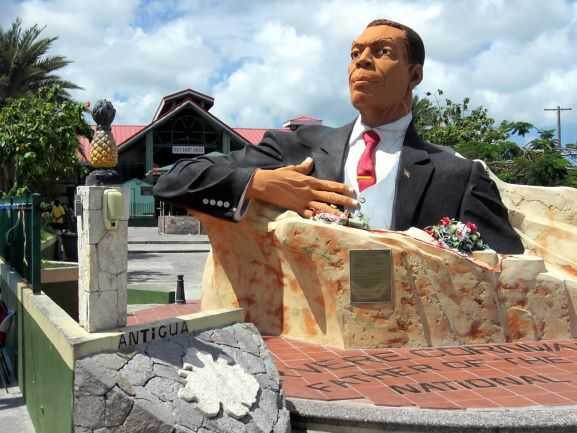 The Festivals Commission is finalising plans to host the annual V.C. Bird Day celebrations on Wednesday in honour of the late Father of the Nation and National Hero, the Right Honourable Sir Vere Cornwall Bird Sr. KNH, OCC.

The commission has advised, however, that activities have been scaled down this year due to the COVID-19 pandemic.

In a statement, the commission which is collaborating with the Antigua Trades and Labour Union (AT&LU), noted that V. C. Bird Day activities commenced on Sunday 6th December with a Thanksgiving Church Service at the Salvation Army Citadel in St John’s.

On Wednesday, a public holiday, there will be a Commemoration and Wreath Laying Ceremony at the Sir V. C. Bird bust on Market Street starting at 3:00pm.

The National Hero, remembered affectionately as “Papa VC”, is hailed as the “Father of the Nation”. He was Antigua and Barbuda’s first premier, and later, its first prime minister.

Sir Vere was unique among his West Indian political counterparts in that he did not pursue tertiary education. A student of the St. John’s Boys School, now known as the T.N. Kirnon Primary School, he completed formal academic tutelage at the primary level.

He went on to become an officer in the Salvation Army for two years, interspersing his interests in trade unionism and politics.

He made the decision to leave his position in the Salvation Army to champion the cause of black Antiguans and Barbudans whose treatment by non-ethnic land owners did not sit well with him. Ultimately, Sir Vere was successful in the fight he led for the freedom of his people.

Sir Vere was a founding member of the AT&LU which he went on to serve as its second President.

He was also renowned for his fierce patriotism and dedication to ensuring fair wages and working conditions for the poor and working classes.

Sir Vere’s likeness can be found outside the Post Office and the Public Market Complex, both in St. John’s.