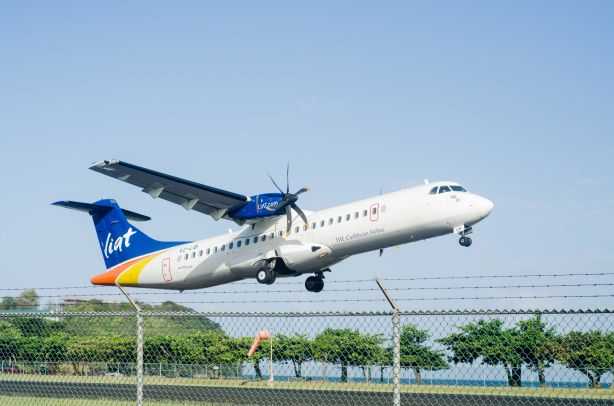 LIAT’s resumption of commercial service last week, although on a limited schedule, has been hailed throughout the region as a welcomed development.

That was the word of the court appointed Administrator, Cleveland Seaforth, who confirmed that the response of travelers across the region has been ‘very positive’.

In an exclusive interview with Pointville Communications, Seaforth said many people who are eager for the return of intra-regional travel have expressed that they will only do so using LIAT.

Despite its financial and other challenges over the years, LIAT has remained one of the Caribbean’s most beloved brands. The airline has an impeccable safety record that far exceeds that of other airlines of its size anywhere in the world.

Last week, the airline returned to the sky after its planes were grounded  earlier in the year due to the COVID-19 pandemic.

Tempering the good news, however, Administrator Seaforth expressed concern over the failure of OECS territories to decide on a common ‘travel bubble’ as this will likely lead to a reduction in the demand for travel. He continued too, that the months ahead will be challenging as the airline seeks to navigate the turbulent times ahead of it.

LIAT was saved from liquidation by the actions of the Antigua and Barbuda government. Several Caribbean governments have since indicated that they will forgive millions of dollars in debt owed to them by the airline.

Seaford said he has held discussions with LIAT’s employees in efforts to plan the future and ensure the survival of the airline.

He expressed appreciation to those of LIAT’s staff who continued to work long after the airline was grounded and noted  that they will play a key role in the success of LIAT’s return to operation.

Editorial – Is it worth it?

Inspection of the General Post Office scheduled for today