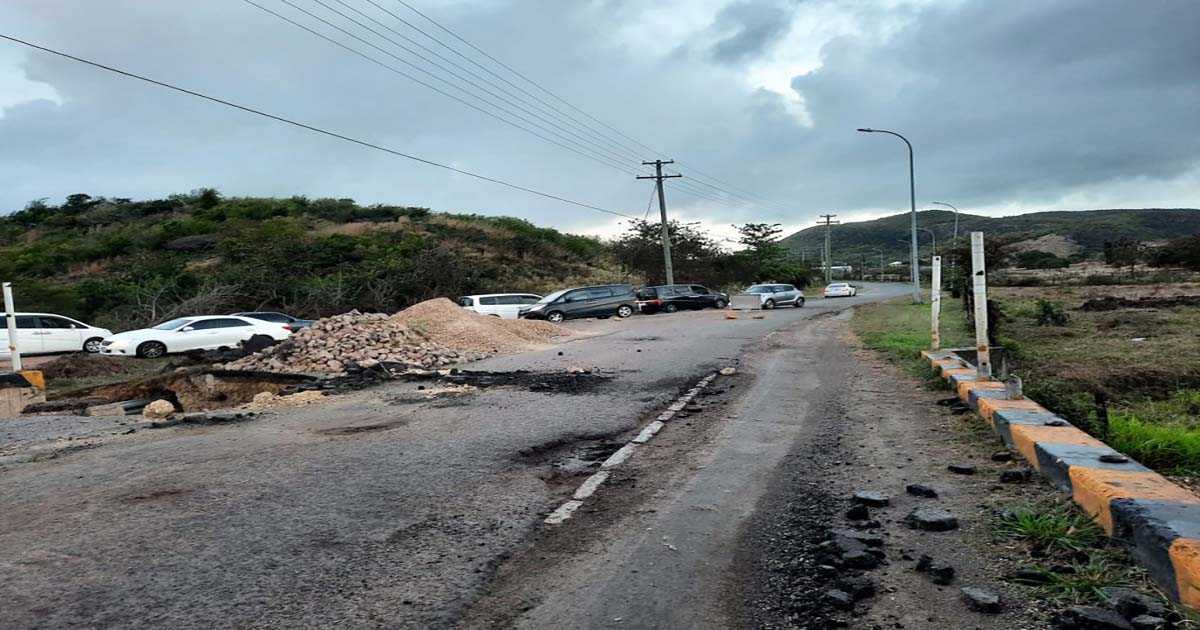 Continued maintenance of Little Creek Bridge will be carried out by the Works Department until Contractor C.O Williams begins construction.

No fixed date has been set when work will commence on the bridge that was damaged by flash flooding as a result of torrential rainfall last November.

The road construction company won the bid to construct the road to which the bridge is connected. Therefore, Works official saw it prudent to have them carry out the construction.

As part of the preparation plan, an in-depth Hydrology and Hydrologic analysis was undertaken to ensure the proposed culvert has the capacity to withstand a major storm event. As such, the associated peak flows, inclusive of Climate Vulnerability Assessment measures were mapped from the major and minor catchment area. The Peak Flow which the Culvert is expected to evacuate was extensively assessed to reduce the likelihood of further damages to the road in the affected area. Emanating from this study the size of the Aperture was determined and Structural Designs were commissioned to support both the Traffic Loads and integrity of the structure.

Once careful review of design plans is complete, work is expected to begin and will last for approximately eight weeks.

Given the prolonged delay the Ministry of Works says it will be requesting the use of a higher strength concrete so that they can achieve the required structural strengths in a shorter time, which is anticipated to reduce the time needed for the concrete to cure.